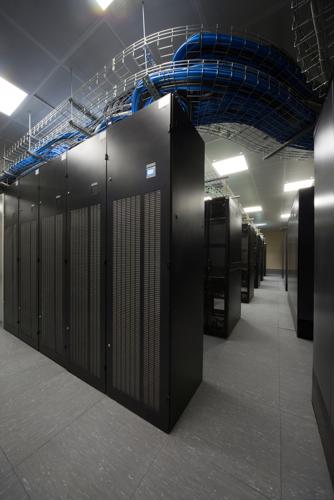 Ever since Google Fiber's historic move into Kansas City, fiber-optic cable rollouts have become the norm across the nation. From big telecoms like Verizon to smaller providers and state municipalities, the next step in broadband is making its way toward standardization. Net neutrality debates have put a damper on this wave of infrastructure upgrades as the Federal Communications Commission's potential reclassification of broadband has providers hedging their bets. AT&T recently announced a decision to halt its fiber expansion until the future of the Internet is in better focus.

AT&T bides its times
According to SlashGear, AT&T CEO Randall Stephenson noted that he refused to continue investing in "deploying fiber to 100 cities not knowing in under what rules investments will be governed." The response is certainly prudent and reflects the company's desire to maximize its potential profits. Like the rest of the telecom industry, AT&T has strongly opposed the reclassification of broadband as a utility, hesitant to allow any hint of regulation into the highly profitable market. However, this margins-first approach is part of what has inspired backlash against telecoms in the first place. FCC Chairman Tom Wheeler has announced on several occasion that no hard decisions on the issue will be made until 2015, meaning that AT&T's customers will have to wait at least a few months before their communities get any closer to fiber.

Ambitious providers fill the gap
While telecoms have functionally bottlenecked the rise of cheaper, faster Internet service, several organizations are working to bring fiber to the mainstream. Google Fiber's ambitious rollout is expected to continue into Austin by December, according to the Austin Business Journal. Wave Broadband has recently developed a $60 per month broadband service for Seattle customers, said The Seattle Times. Likewise, Prairie Business reported that U.S. Internet customers in Milwaukee will have new fiber opportunities by 2020.

Regardless of the FCC's decision, fiber-optic broadband service seems destined to go global. Beyond being driven by its growing popularity, fiber is also supported by a long list of industry accessories that help make the service more accessible to different clients. Fiber to Ethernet solutions, for instance, can help IT companies connect their data facility to broadband without replacing legacy copper infrastructure. The technology is bound to grow even more accessible as fiber continues its spread across the country.