Knowing accurately where you are is becoming essential for a wide range of activities. Although the Global Positioning System provides information to fix your position, it’s often not nearly accurate enough. With the help of Perle serial to IP technology, Subsea 7 offers one of the world’s most accurate Differential Global Positioning Services for the oil and gas industries.

The standard satellite Global Positioning System (GPS) can produce errors in excess of 20 metres. While this may suit many applications, offshore work such as pipe-lay, diving and hydro graphic survey demand a more precise solution. By utilising fixed reference stations (high spec GPS receivers) of known geographic position, raw GPS measurements can be sampled and the errors calculated for purposes of augmentation. 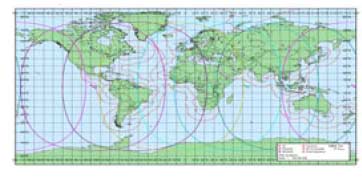 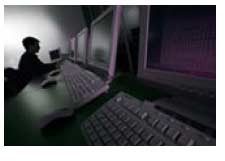 Each fixed Veripos reference station has GPS receivers taking standard positioning signals from 32 orbiting GPS satellites. As serial devices, GPS receivers are connected directly to a Perle IOLAN+ serial terminal server through the serial ports. Some of the available 16 ports are used for redundancy while the remainder connect other equipment such as miniature meteorological stations. The Perle IOLAN+ serial server is connected to a local area network, providing a serial to IP solution. Raw measurements and corrected data from the GPS receiver is then transmitted serially from the LAN - via RF, satellite or landline - to Subsea 7’s network communications centre in Aberdeen. Commonly used in the oil and gas industry, serial communication has proved to be a stable and reliable data transmission method. Once received in Aberdeen, the raw GPS data is converted from IP to serial via an IOLAN+ serial server, processed and then transmitted by point to multipoint satellite or HF broadcast to vessels equipped with the Veripos Global Navigation Satellite System. It provides a more accurate position by eliminating positioning errors that arise from satellite and mobile receiver clock error, atmospheric effects and erroneous satellite orbit data.

The Veripos system is available in a range of accuracies from three metres to 20 centimetres dependent on the application and end user equipment It operates worldwide, providing data broadcast and support services for precise positioning applications on and beneath the sea. Subsea 7 is now planning to offer Veripos products to other industries such as agriculture and mining.

There are two GPS receivers at each reference site linked to two rack-mounted Perle IOLAN+ serial terminal servers each via four serial ports. One of the ports outputs augmentation data, one raw GPS measurements with a third being used for remote configuration of the receivers parameters. Around 10 Kbps per second of raw measurements and calculated errors are relayed back to Aberdeen via IP networks in real time. Within the Scottish control centre, further Perle IOLAN+ Terminal servers are used to receive the time-critical data and convert it back into serial format.

More than 150 Perle IOLAN+ Terminal serial servers have been purchased by Subsea 7 and have proved very reliable. They are used in 75 GPS stations worldwide and the Network Control Centres in Aberdeen. 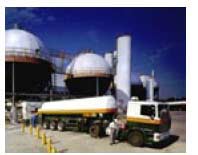 Although serial communications is considered a legacy solution, it has proved essential for the oil and gas industry which operates in hostile environments. Its high reliability, no maintenance, and sophisticated management features ensured that the Perle IOLAN+ was included in a cutting-edge technology solution for precise positioning and navigation services.

“Over the past five years, the Perle IOLAN+ serial server has provided a robust and compact solution for our data transfer needs. Its reliability has been the driving factor in our continued use of the product,” said David Stephen, Global Navigation Satellite System Network Control Centre Supervisor Subsea 7 in Aberdeen.