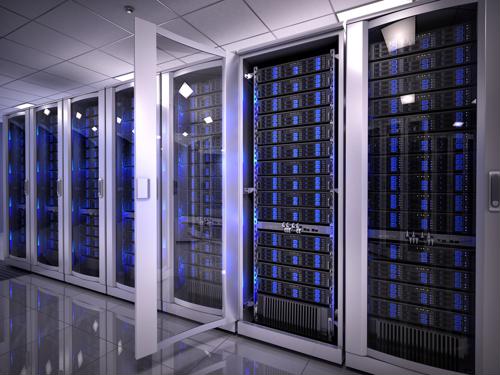 There is good reason for IT managers to take up arms against inefficiency in the data center if they haven't already made energy saving a priority. After all, the data center industry already consumes 3 percent of world's electricity, according to The Data Center Journal, and that number is on the rise. Market reports indicated that data center traffic is headed for a 30 annual percent increase by 2017, resulting in a $60 billion increase in costs for the data center industry as individual facilities keep up with rising hardware and utility bills.

IT managers looking for a keen edge over the competition and a way to cut facility energy costs down to size will find that there are several techniques for honing in on their target. Attacking the the most glaring sources of inefficiency first is a smart maneuver that will help to expose the data center's weak points. IT managers that put themselves in a position to parry energy problems as they arise will come out on top in the duel with consumption.

There are all sorts of ways to eviscerate energy waste in the data center.

1. Slash idle servers from your infrastructure list
A study performed by the National Resource Defense Council indicated that major sources of energy waste may be lurking right below the nose of IT teams. According to the NRDC, up to 30 percent of servers across the U.S. may be "zombie" servers, or hardware that currently provides no function for the business but are being left plugged in and running, typically for the sake of convenience or as a result of disorganization in the data center. Additionally, a large number of servers are currently running at just around 15 percent capacity.

Considering that these servers continue to consume energy around the clock and are an obvious target for energy savings, severing this hardware from your infrastructure is a great place to start your assault on inefficiency.

2. Slice your hardware consumption in half by consolidating
Increased traffic forces IT managers to add more hardware to their network, ultimately reducing floor space inside the facility and ramping up consumption. Instead of installing additional hardware to deal with growing capacity needs, IT teams can replace bulky racks with space efficient blade servers. Virtualizing the data center's network on blade servers and utilizing a console server to conveniently manage this hardware can help to substantially reduce waste in IT facilities

"Virtualizing the data center can help to substantially reduce waste in IT facilities."

To further reduce energy consumption and create more space inside data facilities, IT teams should investigate options for storing nonessential information on the cloud. Archives that don't contain client data and are rarely accessed as part of the daily workflow, for example, are perfect examples of IT assets that could be stored remotely. Likewise, it makes more sense to run messenger and email platforms in the cloud rather than host these files onsite.

3. Dice utility bills by adjusting the thermostat
Another angle to approach inefficiency in the data center is that of the right degree. Outdated cooling strategies encourage IT managers to keep their facilities as cool as possible, but the latest ASHRAE standards recommend a maximum temperature of 80.6°F, several degrees higher than in many facilities currently running across the country, according to Schneider Electric. Turning up the dial on the data center by a few notches could help the facility to eliminate a large source of ongoing energy waste. ASHRAE guides have bumped up recommendations for humidity to 60 percent as well, suggesting that many facilities could feasibly devote fewer resources to climate control.