4 critical trends driving the future of government IT 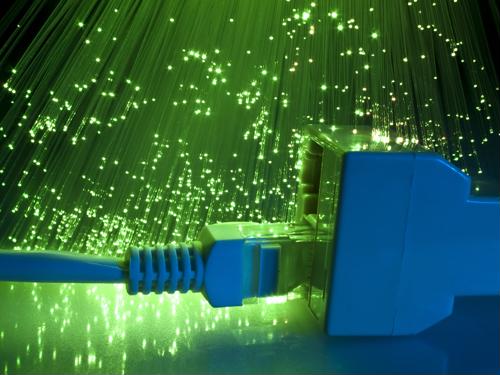 The now infamous hacking of the U.S. Office of Personnel Management by Chinese hackers, a breach which impacted the data of over 4 million citizens, served as a sort of wake up call to IT professionals across the public IT sector. The event has inspired greater interest in updating government IT facilities and not just regarding network security. According to The Washington Post, the China hack followed a similar breach by Russian agents, further indicating that government IT as a whole was in need of a serious security revamp. These hacking incidents, combined with the nearly limitless growth of demand for storage, have set the stage for the next era of IT improvements.

Since then, issues like security, reliability and cost effectiveness have been placed at the forefront of the minds of IT managers at government agencies across the country. Falling in line with these new priorities, a few major trends have arisen that reflect solutions to the public IT industry's most pressing problems. These popular strategies also serve as a scaffold of ideas for any government agency IT department interested in making their data centers more streamlined and secure.

"Federal consolidation has resulted in over $2 billion in savings."

1. Consolidation will continue in efforts to reduce costs
Over the last five years, the U.S. federal government has made a considerable effort to improve the cost-effectiveness of IT outfits across the country by prompting comprehensive consolidation suggestions. According to the Federal Times, these reforms have resulted in a total of $2 billion in savings. Given the success of the program so far, it seems natural that more government agencies are scheduled to follow suit.

This is especially likely considering that just 5 of the 27 agencies tasked by the Office of Management and Budget to implement comprehensive consolidations were successfully in fully complying with the request. Given that the agencies that did comply saw significant savings as a result, those government offices dragging their feet have even less of an excuse for not making the necessary infrastructure changes to shrink the square footage of their physical network.

Furthermore, the U.S. General Service Administration's Cloud First policy strongly encourages public agencies to look for ways to adopt the cloud and limit physical growth. These factors make future consolidation across the board seem like an inevitably for public IT.

2. Rising smartphone adoption makes mobile IT a priority
Historically, government agencies have turned a cold shoulder toward mobile media in the data center. The reasoning was that mobile devices added unpredictability to data center security and made it more difficult to standardize operations. However, smartphone adoption is occurring at an astonishing rate. According to the the International Data Corporation, smartphone ownership worldwide is expected to increase by 10 percent in 2015 alone.

Instead of fighting the rise of the smartphone, progressive IT managers are looking for ways to smoothen the transition of government IT to mobile operations. ITBusinessEdge pointed out that at best IT managers retain a limited amount of control over how users access the network. The only way to guarantee that users log in via the office's guidelines is to make the official method the easiest, most straightforward solution available.

Some government agencies are in sore need of an IT upgrade.

3. The perks of smart objects appeal to government offices
Even those government IT experts that that turn their nose at the Internet of Things can not deny that the technology is quickly becoming an integral part of the data center. In fact, Wim Elfrink, Cisco's chief globalization officer, told attendees at the Internet of Things World Forum that over 300,000 IoT devices come online each day. This adoption adds to the total of 4 billion devices already operating around the world, according to the Chicago Tribune.

A study performed by Gartner noted that IoT applications in the data center can be used to enhance infrastructure monitoring, emergency response, supply chain management and traffic safety. However, successfully connecting these IoT devices to the network will take a bit of creativity. A robust piece of technology, such as a high-performance serial console server, will be necessary to get all of these working pieces connected and operating properly.

4. Digital attacks encourage IT teams to take preventative measures
The trend of hackers targeting government IT facilities was not limited to the Chinese and Russian attacks. Government Health IT reported that government facilities actually made up the second largest sector targeted in the first half of 2015, reporting 31 percent of total breaches.

It's hard to imagine that government agencies won't be dedicating extra time, energy and resources to IT security given the state of the industry. Whether these changes come in the form of new policies, tighter physical security or a reorganization of the facility's infrastructure, system vulnerabilities across the sector are in dire need of a solution.