Beyond the border: Perimeter-free network security 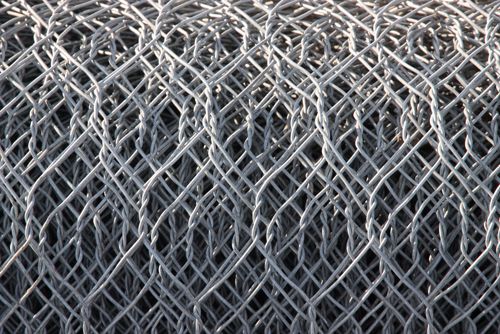 Has network security lost its perimeter? The escalation of real-time data collection in SMART manufacturing has delivered a world in which automation and seamless connectivity facilitate and drive data exchanges. Manufacturers are using increasingly sophisticated data collection and transmission devices in production environments, improving productivity, but has security suffered as a result? Not necessarily, but it can if you aren't ensuring every device is accounted for and none go rogue.

Manufacturing plants, packing and shipping warehouses, and logistics fleets love accessible, real-time data. They don't love how complicated it makes the task of securing all the devices that data is generated by, and can be intimidated by the work that needs to be done as their networks keeps outgrowing its perimeter.

We've effectively outgrown network perimeter security
Understanding how to implement security that can scale indefinitely requires being able to visualize your current network and look beyond it. For years, IT security experts built secure systems based on network perimeters, creating a rigid firewall around the network and preventing entry. Zero-trust security was implemented, and logistics fleets slowed to a crawl as people tried to get used to the new normal. Now, design models are shifting thanks to changes in consumer and enterprise behavior and the beginning of Industry 4.0.

But with change in facilitation comes change in exploitation. Bromium estimates that cybercriminality hit a profit high of 1.3 trillion a year in 2018, and is nowhere near a ceiling yet. Can retreating from a network perimeter stance and embracing orderless security help prevent exploits?

Network security basics
Network security consists of both hardware and software, which overlap at key points, creating vulnerabilities. Critical infrastructure should be locked down tight, but what about the host of devices connected to your network? Zero trust works, but it also inhibits speed and scaling, and can make your organization feel stifled. Finding a new way to protect against cyberthreats ranging from malware and ransomware to DDOS and man-in-the-middle attacks is key. While these digital attacks were formerly brought to a screeching halt at the network perimeter, The new age of computing and device use can be hobbled by such restrictions. So what comes next?

Say goodbye to borders
With the veritable flood of Bring Your Own Device authorizations across organizations, former ways of keeping networks secure crumbled. How can you demand an employee use his or her personal device for work only? The result of BYOD was reduced cost on the part of the company which no longer had to purchase and maintain costly devices and connectivity plans. However, the benefit came at a cost: security issues run rampant as devices moved in and out of the network's perimeter.

With simply barring all external traffic from connecting to internal systems no longer an option, a way to secure networks with devices both inside and outside the perimeter was badly needed. The focus shifted from protecting the border to controlling users instead; identity and device management can be controlled by zero-trust policies combined with user- and device-based roles. This prevents access at any level not explicitly approved, and prevents the network from being penetrated, no matter where the "border" exists.

Implementing borderless security, according to CSO Online, is simply a matter of marrying identity and access management with endpoint protection. When you control how your employees access the network and what they can do, and restrict any other access with zero-trust, you have a network that can be as big as it needs to grow without pesky security concerns.

Perle supports network security with a variety of industry level solutions., Contact us today to see how we can help your business grow.