Brazil's technology shift underscores the need for an IPv6 strategy 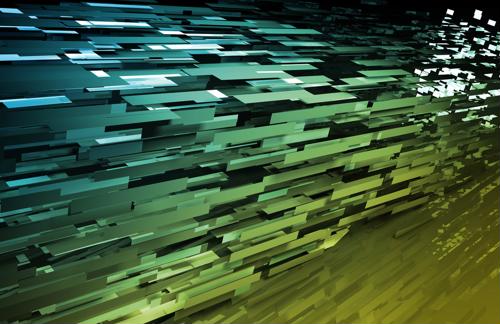 The approaching need for IPv6 addresses becomes more apparent each year, especially as countries around the globe begin to ramp up their conversion to the new standard. The number of available IPv4 addresses is smaller in some parts of the world than others, but even countries that can continue to adopt IPv4 addresses are simply delaying the inevitable. That's why data center managers in the United States should take a lesson from tech experts in Brazil. The country's moves toward the IPv6 side of the spectrum showcase why getting ready for the upcoming standard change is so important.

"Upgrading soon will help make the switch go as smooth as possible."

IPv4 exhaustion prompts a rapid response
Those in Brazil resisting the shift to IPv6 were left with little ground to stand on in June 2014. Why? The country announced last year that it had officially run out of access to IPv4 addresses, meaning that the nation would have to develop an IPv6 transition strategy out of necessity. Nearly 70 percent of the country's Internet providers are now IPv6 ready, and the remainder of their customers are expected to join the IPv6 club by 2018, according to ZDNet.

In the meantime, the country has already put multiple policies in place to speed up the transition. Not unlike in the United States, big corporations in Brazil regularly bemoaned the idea of being pressured into compliance and insisted that migration was not a priority. The same companies will likely stumble across cost-effective solutions for IPv6 integration in their data centers, like the use of serial to Ethernet servers, now that IPv6 compatibility is a requirement.

Other nations responding to a shortage of addresses
Brazil isn't the only country that's taken note of the need for IPv6 migration. Research performed by Akamai points toward other nations that already have their Internet Protocol strategy in place. Belgium's 35 percent adoption rate is by far the strongest percentage amongst nations from all over the world. Luxembourg, Peru and the United States are in avariable tie for second place, each featuring IPv6 adoption just over 16 percent. The vast majority of countries feature less than 1 percent adoption for IPv6, though these numbers do not reflect the wildly different Internet access available to citizens in each country.

Given the impending end of IPv4, it's curious that so few companies are taking the shift to IPv6 as seriously as they the Brazilian government. Computerworld pointed out that the remaining IPv4 addresses are being actively rationed, a clear indicator that the era of IPv6 is about to begin. Companies with data centers that continue to avoid planning for this transition risk putting themselves in a cost-wasting position later down the road. Upgrading sooner than later will help make the switch go as smooth as possible.

Companies should circumvent these pitfalls when doing their own IPv6 updates
IT teams can also ease the transition between Internet Protocols by avoiding common problems that come along when testing out a new, IPv6-ready network in the data center. Fierce Communications Enterprise emphasized the importance of labeling the network so it's easier to keep track of hardware configurations as you make changes and adjustments. Companies should invest a bit of extra time into quality control - extra long IPv6 addresses are easy to misspell, so reviewing your IT team's work can go a long way toward eliminating troubleshooting work. Finally, be sure your network's firewall is up to date. Mixing a new network with old security solutions is often a recipe for a data breach.