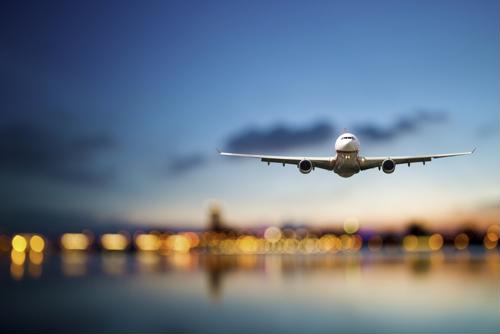 Organizations in the aerospace and defense industries are expected to spend more than $22 billion on connected technology this year, according to research from Visiongain. For those familiar with the former space, this should come as no surprise. Aerospace firms have long led the way when it comes to technological innovation. After all, these enterprises are responsible for constructing the winged metal behemoths that ferry more than 3 billion passengers across the globe annually, according to the International Air Transportation Association. In short, IoT adoption is a logical move for aerospace companies already steeped in cutting-edge technology.

How exactly are these organizations using IoT fixtures? There are numerous deployment methods in the works.

Advancing commercial aircraft design
Designing and constructing commercial aircraft is an immensely time-consuming process that requires significant physical resources. The Airbus 380, the largest commercial plane in use today, measures more than 238 feet in length and seats approximately 544 travelers, according to Airbus. The shear scale of this enormous aircraft necessitates specialized design and fabrication techniques, many of which center on large physical control panels, Aviation Week reported. This drives production costs upward and discourages reiteration, which is necessary for achieving optimal accuracy. Some aircraft makers are attempting to address this widespread issue with IoT technology - specifically, by using augmented reality equipment.

Instead of wrangling the resources required to create massive design and production spaces, companies could acquire AU units that give engineers the power to create and reiterate blueprints with ease. This would allow aerospace firms to perfect their products while cutting costs. Ideally, these savings would trickle down to the consumer in the form of lower ticket and airline service prices.

"Almost every product today has a lot of complexity in the physical interface, and that interface can become limiting in the future," Howard Heppelmann, vice president of IoT technology firm PTC, told Aviation Week. "With augmented reality, much of the complexity can move from the physical to the digital environment."

Of course, innovators in the aerospace industry are also looking into larger scale IoT deployments. Bombardier previewed one of these possible use cases during the 2015 Paris Air Show, where it debuted the C Series jetliner, according to Innovation Enterprise. The plane features Pratt and Whitney engines equipped with more than 5,000 sensors capable of collecting and transmitting 10 gigabytes of flight data per second. This kind of IoT project offers a variety of benefits for multiple parties.

"The market for aircraft sensors is expected to surpass $2.25 billion within the next five years."

First and foremost, airlines gain essential operational data that eases maintenance and lays the groundwork for preventive strategies that lead to fewer costs and better service. Manufacturers gain insight into how their products perform in real time, allowing for better designs. Customers benefit as a result of both of these circumstances. Data-backed maintenance processes lead to better performing planes and reductions in mechanical slowdowns, which account for roughly one-third of all air travel delays, according to research from the Bureau of Transportation Statistics. Additionally, with stronger products coming off the assembly line, safety and passenger comfort increases.

Many aerospace companies are pursuing sensor-based IoT technology with these benefits in mind. In fact, the market for aircraft sensors is expected to surpass $2.25 billion within the next five years, analysts for Research and Markets found.

Improving passenger comfort and convenience
In addition to addressing the mechanical aspects of air travel with the IoT, aerospace firms are also looking into deployments centered on passenger comfort. Many have found that pursuing proprietary mobile applications is the easiest route to take when introducing customer-centric IoT technology, CIO reported. For example, in February of last year, Miami International Airport in Florida launched an application that works with 400 Bluetooth-enabled beacons to provide air travelers with location-based information such as restaurant promotions. It also helps individuals in MIA navigate physical spaces so they can reach their gates on time.

"We had 3,000 downloads on the first day, and it has been great to see the positive feedback from travelers," Maurice Jenkins, director of information systems for the airport, told CIO.

Others in the industry are deploying IoT solutions designed to reduce passenger stress after takeoff. In 2015, Delta introduced IoT trackers that allow pet owners to track their animals as they rest in cargo holds. The devices not only offer GPS location services but also collect temperature and humidity readings so customers know their pets are in safe environments. If these readings register out of preconfigured safe ranges, the an alarm sounds and the tracker makes an automated call to Delta personnel so crew members can intervene, according to PSFK. A number of third-party companies offer similar tracking devices made for checked luggage.

Together, these IoT innovations indicate continued progress, as aerospace companies continue to invest in cutting-edge technology. As these enterprises look for new ways to improve operations with IoT fixtures, Perle will be there to provide essential networking infrastructure such as device servers, terminal servers and Ethernet extenders. Connect with us today to learn more about our work.