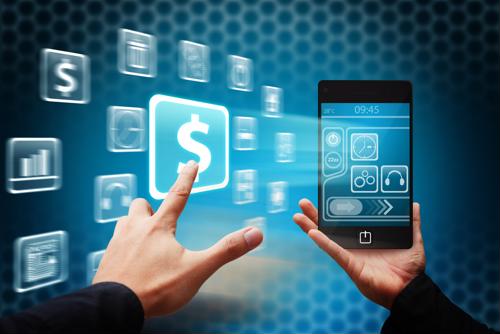 Many consumers have turned away from paper currency in recent years, swapping it for debit cards and mobile payment applications. Today, roughly 24 percent of Americans make all or most of their purchases using cash, according to survey data from Gallup. However, this number is expected to drop as individuals from older generations pass on and younger holdouts embrace fully-developed e-commerce technology. This raises the question: Are we on the cusp of a cashless society?

Most experts don't think so, The New York Times reported. While most young people predominantly rely on plastic and web-based alternatives, large swaths of the global economy remain cash-based, including underground markets. Additionally, the dollar is still popular overseas, despite its weakening stance among other international currencies.

"Greenbacks aren't going to disappear, simply because there are a lot of places on this planet that from the moment you step outside the airport, people love U.S. dollars," Greg McBride, the chief financial analyst for Bankrate, told the newspaper.

Consequently, the total volume of American notes in circulation has grown over the past 20 years. In 1995, an estimated 17.3 billion greenbacks flowed through markets around the world. That number has since increased to more than 38 billion.

While consumers and financiers here and abroad continue to protect the dollar, many are content to let other currencies fall by the wayside. This has given some countries the chance to beta test the cashless economy, so to speak, and measure how markets might function in a financial environment dominated by next-generation payment technologies.

India embraces demonetization
Last month, as the world watched the U.S. presidential election unfold, Indian Prime Minister Narendra Modi announced shocking new fiscal policies designed to address corruption in the Asian nation and catalyze a long-term movement toward total cashlessness. The prime minister called on the Ministry of Finance to institute an immediate ban on the use of 500 and 1000 rupee notes, both of which are commonly used in elicit, off-the-books transactions. Modi also gave citizens until Dec. 30 to deposit or swap out these notes, which collectively account for more than 80 percent of India's circulating currency.

This move shook the nation, with millions rushing to ATMs to get rid of soon-to-be worthless paper currency. However, Modi explained that he believed the policies were worth the trouble.

"Brothers and sisters, in spite of all these efforts, there may be temporary hardships to be faced by honest citizens," he said in a televised address. "Experience tells us that ordinary citizens are always ready to make the sacrifices and face difficulties for the benefit of the nation."

In the weeks since, the demonetization effort has moved forward, albeit with some hiccups. Modi has instituted new programs to overcome these problems, according to Bloomberg. On Dec. 12, the Indian government announced that it would offer a 10 percent discount for highway tolls, insurance premiums and railway tickets paid for using web-based applications.

Overall, India's move toward a cashless society has benefited technology companies there, especially those in the online payment business, according to the MIT Technology Review. Paytm, the most popular transactional application in country, has seen sign-up rates skyrocket to 14 times the normal volume.

Still, this doesn't mean India is prepared to do away with the rupee completely, as citizens still rely heavily on cash. Even Modi is reluctant to embrace cashlessness so quickly and will replace the 500 rupee notes he's taken out the economy with new more advanced models that are more difficult to counterfeit. Still, the prime minister does hope to lay the groundwork for an entirely cashless society, Reuters reported.

"I want to tell my small merchant brothers and sisters, this is the chance for you to enter the digital world," Modi summarized in a speech last month.

Swedes push for cashless society
Sweden is know for pushing the envelope when it comes to public policy. In recent months, the Nordic nation has solidified its reputation as an innovator, with citizens and government officials pushing for a cashless society, according to The New York Times. Swedes have, by and large, adopted a currency-free commercial landscape in which payment applications and other web-based alternatives play a central role.

Today, cash accounts for less than 2 percent of the country's economy. And, in 2016, 80 percent of all transactions took place over digital channels. This is the result of government reforms much like the ones Modi recently implemented in India, the New Yorker reported.

"With the recent developments in Asia and Europe, it seems America's transition to a cashless economy is almost inevitable."

Three years ago, Sweden demonetized its largest paper note, which prompted citizens to discontinue use of the 500 krona, its second-largest bill. Soon, local businesses began banning cash payments. The transportation authority then ripped up the old ticketing machines in bus and train terminals and replaced them with state-of-the-art models that don't take paper notes. These changes have facilitated a near cashless society.

Not everyone in the country is excited about this shift, especially law enforcement officials, who fear spikes in fraud and identity theft. However, proponents of the cashless methodology say it encourages security, as digital payment methods make it easier to track criminal activity.

Sweden isn't the only European country moving in this direction. Belgium, Denmark and Norway are all on track to someday do away with physical currency.

Of course, here in the U.S., things are moving slower. More than a quarter of Americans still exclusively bank in person, according to data from the Federal Reserve Bank. Still, with the recent developments in Asia and Europe, it seems the transition to a cashless economy is almost inevitable.

When this movement does occur, Perle, a leading provider reliable device networking hardware, will be there to assistance. For years, we have helped financial institutions and retailers modernize their digital operations with Ethernet extenders, fiber media converters, terminal servers and other essential networking components. Contact Perle today to learn more about our work.