Data center cooling: Servers are turning up the heat 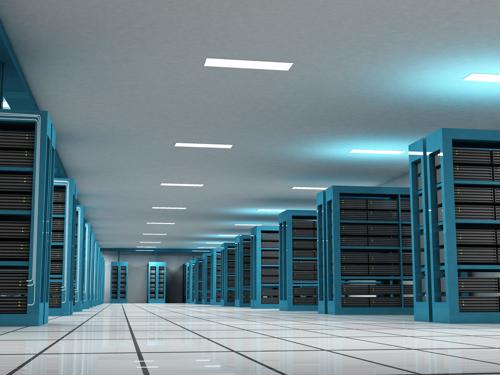 Data center cooling is vital to avoid overheating, which could cause downtime, loss of data or even a complete meltdown of your system. How does data center cooling work, and what options are available? Let's dig in.

A quick history lesson
According to Data Center Frontier, early server racks topped out at only around 3 to 5 kW, which meant the amount of heat being released and the density of the rackspace was minimal.

To make cooling more effective as servers got bigger and hotter, data centers utilized raised floor systems with perforated tiles. Cold air was forced up in front of the servers from below, and hot air was pushed to the top where it was sucked into the system to be re-cooled and returned to under the floor to continue the cycle.

Over time, this became less efficient as rackspace increased and servers grew denser and taller. Hot and cold aisles were created to push cold air around the servers and pull hot air away from them. Blank spots where a rack was missing were filled with panels to prevent hot air from expanding into empty space.

However, output continued to grow exponentially as high power demands forced more and more heat to be produced. 100 kW was reached, and surpassed, and direct on-chip cooling technology was developed to draw heat directly away from vulnerable components.

Today, high-performance computing and gaming requiring detailed graphics, 3-D modeling, artificial intelligence and the Internet of Things are placing greater demands for production on servers than ever before.

Power consumption continues to rise, as does heat generated from server racks, now up to 200-600 kW.  Science Magazine estimates data centers currently account for 1% of total energy use worldwide. Immersion (lowering sealed hardware into a bath of cycling cool liquid) is becoming the preferred mode of cooling, bring new cost effectiveness to the table.

However you choose to cool your servers, the right hardware and configuration is key to running a successful data center. For more information on servers, contact Perle today.