DoD turns to virtualization in response to call for federal consolidation 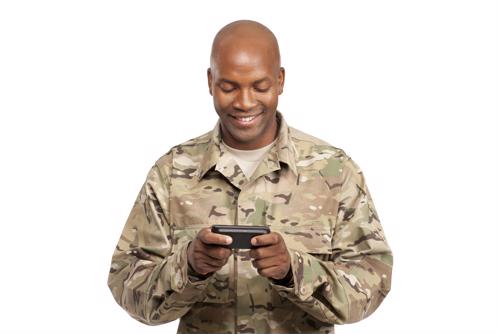 Federal plans to consolidate data center space across government agencies stretch back to 2010. Since the Obama administration requested that several departments make major changes to their storage infrastructure, agencies have responded with mixed effectiveness. Some agencies have already made great progress - the State Department has reduced its data center holdings by over 60 percent, according to FedTech Magazine. Other agencies, such as the Department of Defense, have been less effective but face a considerably steeper challenge in terms of scope and security.

One major lesson that has been recognized across agencies affected by the mandate is the diminishing returns associated with transporting racks from smaller facilities to core centers.

"There's no real savings in forklifting racks from one data center to another because you haven't reduced the footprint," said Department of Labor program manager Charles Whiteside to FedTech.

As a result, virtualization strategies have picked up steam across agencies, including the Department of Defense. Through third-party resources and tactical upgrades to infrastructure, the DoD may see swifter consolidation efforts.

More military agencies are turning to virtualization than ever before.

DoD updates consolidation goals
The DoD has undergone two major strategy shifts with regard to consolidation as of late, in no small part thanks to the influence of Terry Halvorsen, the DoD's newest CIO. The first strategy shift was identifying alternatives to core centers by operating government-run facilities in tandem with commercial storage providers. The second new priority for the DoD outlined by Halvorsen asked members of the agency to reimagine consolidated facilities not as "data centers" but as distribution hubs that work to make information sharing as seamless, efficient and secure as possible, according to Federal News Radio.

"One of the most recent things we've done is to refocus our internal metrics to focus on dollars and performance rather than numbers of servers and data centers," said Halvorsen. "I really want to focus the discussion on how data gets distributed, what's the right number of distribution nodes, how I drive costs down and where does the government needs to be in that business versus where we let industry do it."

Army decision-makers look for third-party support
In line with the DoD's latest efforts, the U.S. Army made strides in its own consolidation efforts by acquiring the services of commercial companies specializing in virtualization and private cloud architecture, including HP and General Dynamics, according to Data Center Dynamics. The end result of the project is the Army Private Cloud, which acts as a convenient data waypoint between the Army's on-site clouds, contracted commercial data centers and contractor-owned storage operations.

"Ruggedized Ethernet can operate where high vibrations and extreme temperatures are common."

Industrial Ethernet solutions are ideal for the Army's evolving tech needs
One of the reasons that military branches like the Army have seen limited success in adopting third-party data resources is because so many of their existing facilities are obligated to finish out a multitude of contracts with other agencies. In cases like these, virtualization must be done on-site, which can involve installation in remote areas and in private manufacturing facilities where exposure to high vibrations and extreme temperatures is common.

Ruggedized Ethernet switches, capable of performing optimally despite conditions like high vibration and extreme temperatures, are necessary to make virtualization a reality in these hazardous environments. Thankfully, this type of industrial Ethernet equipment is already available, thanks to an increased demand for such hardware to meet the needs of an increasingly automated manufacturing industry. As long as DoD agencies are required to perform virtualization on-site, there's a likely chance that demand for these types of solutions will continue to rise.