Don't forget that IPv6 is just around the corner 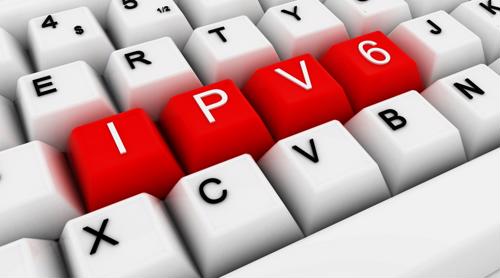 Many IT teams seem to be striving to avoid the inevitable, choosing to implement network address translation strategies and lPv4 technology in lieu of preparing for the transition to IPv6. Even if workarounds are available, the explosive rise of Internet of Technology and other Internet-capable devices is bound to overload the address capacity of IPv4 sooner than later. Those behind the IPv6 curve in the future will find themselves with a long list of compatibility problems to solve as they scramble to update their hardware. Keep the following risk factors in mind as the countdown to IPv6 comes to a close.

Utilize creative means to manage longer addresses names
You and your IT team should, at the very least, develop a system for managing IP addresses three times longer than their predecessors. Network World recommends utilizing a domain name system to label and organize IPv6 with readable, memorable labels. The resource noted that these DNS names would act like a speed dial for IPv6, allowing your IT staff to develop a sensible method of organizing and remembering the address for every device connected to your data center.

Use a test network to better prepare for the switch
Creating a test network is its own chore, and building one using IPv6 will have its own unique problems for your IT staff to figure out. Best to get that trial and error over as soon as possible. Network Computing warned that IT teams should prepare to troubleshoot issues with device memory and firewall effectiveness from the start. Building a next-generation test environment also provides an excuse to invest in the type of networking solutions that your IT team will need in the near future, like IPv6-compatible serial-to-Ethernet gear.

Adoption will continue to ramp up in 2015
News coverage about IPv6 may be on the decline, that but hasn't stopped more IT teams from updating their facilities with technology prepared to work with new addresses. According to IT Business Edge, IPv6 adoption is expected to continue rising in 2015, driven by wider consumer device support and recent advancements in Bluetooth.