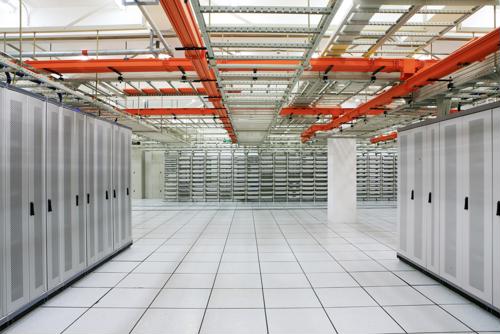 Cloud computing, virtualization, big data and an array of related trends have come together to transform data centers. One of the greatest changes to take place has been a rise in east-west traffic, something that is pushing many organizations to begin investing in fiber-optic cabling systems.

The rise of east-west traffic
In traditional data center environments, the vast majority of data moves from servers and storage machines out to end users and back again. This data pattern, long discussed as north-south traffic, led to network topologies that emphasized rigid data pathways designed to move information out from core layers of the network to access switches.

"East-west traffic in data center networks has created a growing need for fiber."

Modern data center environments are becoming much more dependent on east-west traffic as more data moves between servers and storage machines in order to meet end-user demands. A recent report from The Next Platform explained that the increased in east-west movement in data center networks has created a growing need for fiber, particularly as companies must make long cable runs in large facilities.

According to the news source, this functionality is particularly important as mega data centers become the norm. Facilities supporting cloud systems, colocation or hyperscale computing platforms are operating at an incredibly large scale. They move huge quantities of data on a daily basis, and much of that information is traveling along the east-west pathway. Tech giants such as Google, Microsoft and Facebook all run facilities of this sort, and they are all exploring new ways to use fiber-optic cabling to get the job done.

As the technology stands, multimode fiber-optic cabling assemblies are not extremely well equipped for mega data centers as even they can struggle to meet the bandwidth requirements of these facilities. Because of this, leading technology providers are exploring various ways to use single-mode fiber to get the job done, the report said. Single-mode fiber - the type of fiber-optic cabling associated with long telecommunications cable runs - offers incredible bandwidth flexibility alongside a long range. However, it also comes at a high cost. Efforts are being made to advance optical cabling capabilities to keep prices down while taking full advantage of the performance gains.

While the methods for using fiber within the data center are varied, the report clearly points to a growing demand for the cabling format.

Keeping up with new network demands
Proprietary solutions aren't the only way to take advantage of new forms of fiber. Standards bodies are also pushing ahead on new cabling formats and transport technologies that will allow for high-performance networking. The IEEE recently announced two new projects that will be built around the IEEE 802.3 standard. One of those initiatives, the IEEE P802.3cd project, is aiming at creating standards for the physical transport layer and other network components for 50 Gbps Ethernet over either copper or fiber.

The goal of these standards is to ramp up to next-generation aggregate speeds to lower the price barriers for 100 Gbps and 200 Gbps network links, allowing for more cost-efficient high-performance networks. David Law, chair, IEEE 802.3 Ethernet Working Group, explained that these projects are aimed at meeting the demands of specific application areas.

"The demand for Ethernet continues to expand rapidly throughout the industry driving the need for market relevant standards to support the adoption and growth of Ethernet," said Law. "These latest IEEE 802.3 Ethernet Working Group projects will address the increasing needs for speeds targeted at specific application areas, and help ensure best practices are implemented through the principles of standardization."

Overcoming challenges in fiber implementation
Deploying fiber within the data center comes with a number of compatibility issues that must be dealt with, even when using Ethernet standards that allow for data transit over fiber. The core problem is that the signal transmitted over a copper cable must be converted in order to effectively link with an optical wire. Fiber-to-Ethernet media converters can overcome this interoperability gap, and deploying conversion tools in strategic locations throughout your data center can free you to mix and match copper and fiber based on your specific operational needs.

Media converters break down many of the interoperability barriers that come into play when integrating fiber-optic cables in your data center, letting you handle the rise of east-west traffic without too much trouble.