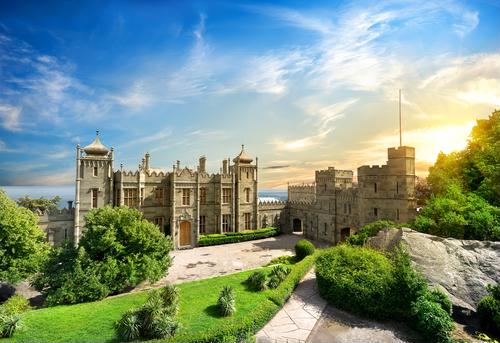 Electrical utilities, like any defender of a valuable resource, must endeavor to keep their valuable infrastructure protected from would-be intruders. Unfortunately, the number of invaders cropping up on all sides of the moat in recent years has been growing. Even worse, attempts of subterfuge and sabotage are being launched from new angles, forcing IT experts working for electrical utilities to manage security battles on multiple fronts.

From above, digital thieves target utilities for the valuable information stored on their data centers. According to CNN, the Department of Homeland Security reported 145 incidents of hacking targeting energy companies in 2013 alone, with another 79 reported last year. From below, agents designing to steal data and compromise equipment have grown bolder and more willing to attack utility companies directly. Following a break-in at Pacific Gas and Electric Company Westpark substation, federal investigators communicated to industry leaders that utilities across the country are far too vulnerable to physical attacks, said Utility Dive.

"The company's digital fortress must be defended from every angle."

Veteran IT experts expected to play quartermaster for an utility company's digital fortress must ensure that the facility is well defended from every angle. This effort starts with ensuring that the hardware supporting the data center is prepared to weather all sorts of sieges.

IT teams must acquire network gear fitted with the right armor
Outfitting the network with the proper shielding will make a big impact on the resiliency of your network and its ability to repel an attack in all sorts of operating conditions. This need has no doubt had an impact on the increasing demand for new, more secure data center gear by power substations, demand for which Transmission and Distribution World noted is expected to grow by nearly 6 percent between 2014 and 2020.

Unfortunately, even the most secure Ethernet and fiber-optic connections won't be much good for protecting the data center if they cannot withstand the occupational hazards of electrical utilities. Potential resiliency threats include repeat exposure to electric and magnetic fields, proximity to electrostatic discharge and frequency of power surges. Unless network gear is built to withstand these routine occurrences, data center managers at electrical utilities should think twice before designating their data center facility as completely secure.

Network access must be monitored to ensure the castle stays secure
While hackers are traditionally recognized as the main digital threat for utility IT experts to scour the horizon for, discounting the risk factor of internal threats also puts the entire fortress at risk. The only way to address the potential for attacks from within and without is to improve the facility's central management system. EnergyBiz pointed out that it's not enough to connect every subsystem across a convenient central platform.

The ability to accurately assess access across that platform, as well as that network gear's ability to withstand the rigors of industrial environments, will make all the difference in terms of keeping the utility's data center secure. Likewise, this close attention to the castle's digital ramparts will also help utilities to meet increasingly stringent regulatory standards like those outlined by the North American Electric Reliability Corporation. The right equipment, like, Ethernet switches adapted for the constraints of the power substations, are a priceless commodity for utility data centers.

Make sure the infrastructure within your castle walls is secure from outside access as well.

The right equipment improves perimeter defenses by securing video surveillance
Electrical utilities can address weaknesses in their physical security perimeter by overlapping investments in industrial-strength in network gear with improvements to their surveillance system. High-performance media converters, for instance, are ideal for protecting copper and fiber hookups linking the facility's security cameras from the many electrical disturbances that take place at substations. In addition to meeting NERC security standards, upgrades like these help secure the perimeter against external sabotage as well.

Perle has an extensive range of Industrial Managed and Unmanaged Fiber Media Converters to extended copper-based Ethernet equipment over a fiber optic link, multimode to multimode and multimode to single mode fiber up to 160 km.