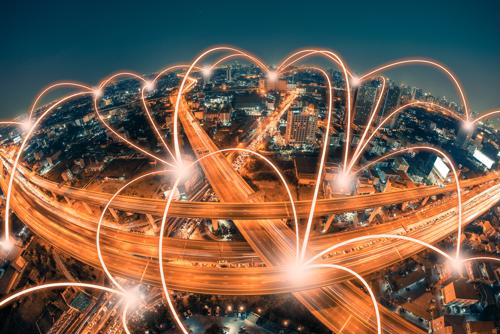 In late October 2018, the Federal Communications Commission announced several updates to the rules governing the Citizens Broadband Radio Service, opening up new opportunities for 5G and large-scale IoT deployments. The CBRS was first established as a pilot program back in 2015 with the goal of improving wireless broadband access through advanced frequency management. While the service is not yet authorized for commercial use, the FCC has asked all users in the 3.65-3.7 GHz range to transition to the new 3550-3700 MHz spectrum by April 2020.

The CBRS utilizes third party Spectrum Access System (SAS) management that will organize users into three tiers based on a range of criteria.

1. General authorized access users will be allowed to operate within any portion of the 3.5 GHz band that is not reserved for a higher tier.

2. Priority access users will bid for licenses that grant non-renewable authorization to operate within an assigned 10 MHz channel on the lower end of the band.

3. Incumbent access users will largely include federal employees and organizations that currently operate in the 3.5 GHz band, including internet service providers and some industrial IoT companies.

Once deployed, the CBRS will automate the frequency management process, enabling more rigorous wireless broadband access to users of every tier.

New CBRS rules
The new rules implemented by the FCC offer several benefits for all users of wireless broadband networks, including consumers, businesses and government officials. For one, the licensing terms for Priority Access users have been extended to 10 years and a license renewal process has been created. Additionally, the rules have expanded the area of the licenses to counties, rather than the limited size offered by census tracts.

"We expect to see wide deployment of wireless broadband in industrial applications – advanced manufacturing, energy, healthcare, etc. – supporting innovation and growth throughout our economy," stated the FCC within its announcement.

While most organizations have until 2020 to make the switch to the new 3550-3700 MHz band, the transition will require some hardware restructuring. Perle offers high-performance networking tools specialized for industrial applications. Our terminal servers and ethernet switches are designed to be durable and scalable, providing the stable connectivity that large deployments need. Read some of our customer stories to learn how we've helped organizations take advantage of commercial IoT.