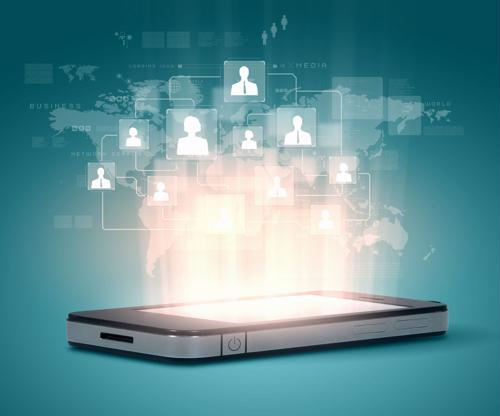 Just a few years ago, use of smartphones and tablets was entering the mainstream and networks were struggling to keep up. At that point, the FCC opened up new spectrums for trade, accelerating the 4G revolution that has changed the way countless people live. Now, the FCC is taking an even larger leap by moving to put 5G speeds into action.

A release from the FCC explained that the commission's decision to open up spectrums above 24 GHz is designed to balance accessibility to a variety of channels, creating opportunities for the kind of competition that puts an emphasis on innovation.

Creating competitive balance to set a path for the future
One of the challenges facing the FCC as it prepared for this new spectrum decision was finding a way to ensure that adequate spectrum was distributed to various stakeholders in order to maintain a competitive balance. Create an entirely open system and the players with the largest paychecks can take over the market. Alternately, failing to set clear rules for how organizations can share spectrum purchases can limit licensing options and cause the market to stall. The FCC explained that it worked to balance this spectrum release with licensing parameters that will provide a tight balance between opening things up and providing structure, creating opportunities for 5G use to get off the ground quickly.

"The move to 5G will not be an iterative step forward. It's bigger than that."

All of this adds up to a situation in which competitive balance allows more players to get involved in 5G rollouts and get mobile network advances out to market faster.

What does new spectrum mean?
In simple terms - really fast mobile connectivity. In a statement, Tom Wheeler, chairman of the FCC, explained that the move toward 5G will not be an iterative, generational step forward. Instead, it will serve as a huge leap in mobile network performance, bringing LTE speeds to a place where they can realistically keep up with the performance offered by fiber-optic infrastructure. Wheeler said that 5G will likely end up being 10 or even 100 times faster than existing 4G networks, creating a level of responsiveness that will allow for real-time communications. All told, 5G could change the world.

"Our broadband networks - wired and wireless - will define what our world is going to be like," said Wheeler. "From job creation, to education, to healthcare, to energy and on down the line, these networks will unleash new innovations, making the impossible possible. We have the incredible privilege of helping to shape that connected future. Today, we take the most significant steps yet to enable the next generation of wireless connectivity."

Wheeler explained that the combination of large data capacities and blistering speeds offered by 5G will set the path for innovation in a variety of areas that have long been discussed as powerful, emerging technological advances, including:

With the U.S. being the first nation to step forward into the high frequency spectrums that allow for 5G communications, Wheeler believes the nation is following a similar formula to the competitive balance that allowed 4G connectivity to flourish in the country. Wheeler explained that some telecoms have already begun exploring 5G in isolated pilot projects - such as Sprint offering speeds of more than 4 Gbps for 5G users at Copa America soccer tournament, which was held in Philadelphia, Pennsylvania.

Is your network ready for 5G?
Improving wireless speeds depends on more than just having high frequency spectrums available for use. Advanced spectrum capabilities make broadband wireless connections possible, but wired backhaul is necessary to actually move that data between wireless base stations and the rest of the telecommunications network. As 5G rises to allow for higher capacities and faster speeds, the backhaul infrastructure must be upgraded to keep up.

Fiber-optic cabling infrastructure interconnecting radio signal towers and wireless base stations with middle-mile telecom networks can help telecoms push past the limitations of existing backhaul systems to move data from wireless connections to the web in order to improve end-user experiences.

The backhaul problem can be acute in mobile networks for diverse reasons. For example:

These conditions present considerable barriers to making major backhaul upgrades, something that may be necessary as 5G gains prominence. Telecoms that want to get ahead can use tools like fiber-to-Ethernet media converters to overcome compatibility and interoperability challenges within the network, freeing them to mix-and-match cabling types based on what is most cost-efficient for each project. The result is simplified fiber integration into mobile networks, empowering telecoms to get ahead on the move to 5G.

Perle has an extensive range of Managed and Unmanaged Fiber Media Converters to extended copper-based Ethernet equipment over a fiber optic link, multimode to multimode​, and multimode to single mode fiber up to 160km.