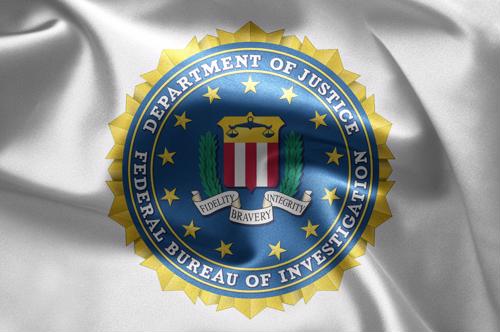 Five years after the creation of the Federal Data Center Consolidation Initiative (FDCCI), federal agencies across the country are still playing catchup with regards to reducing the government's energy costs and real estate holdings. The FDCCI was initially developed to help address the rapid sprawl of new data centers, limit vulnerabilities to secure data archives and help public sector IT fall in line with a government-wide shift toward sustainable operations.

According to the Federal Times, agencies responding to the FDCCI had closed approximately 3,800 data centers by 2016. While the intentions behind the FDCCI were certainly progressive, such a wide-scale consolidation process has proven to be more difficult in execution than originally expected. Furthermore, some experts have pointed out that the federal government's long-term consolidation goals won't be enough to make a significant impact. Anthony Robbins, vice president of Brocade Federal, is one of those dissenting voices.

"There is evidence of progress. There's an enormous amount of savings still in front of us," said Robbins. "Those were pretty good goals, but they weren't aggressive enough. We should be able to run the government on far less than 1,000 data centers."

By performing a thorough evaluation of the major problems stalling the FDCCI, data network operators in public and private industries alike can identify ways to consolidate efficiently and effectively.

Federal agencies must take consolidation goals seriously if they hope to be effective.

Persistent cultural disputes conflict with consistent improvements
According to a report put together by the U.S. Government Accountability Office, 24 of the 26 agencies participated in some shape or form with the FDCCI. However, most agencies neglected to identify how they would move forward with reinvestments. In addition, multiple cultural barriers can make it difficult to unify consolidation efforts with the agency's long-term outcomes. Despite the successes associated with the FDCCI, further consolidations are likely to be slowed down by this enduring problem unless government agencies are willing to address these intercultural challenges with new policies. Cultural inconsistencies can delay consolidation in private data centers as well, emphasizing the need for unity across a business when shedding hardware from the network.

Evolving data center definitions generate confusion
Data centers and IT network technologies have seen several upgrades and advancements in the past few years. Unfortunately, the long process of approving the FDCCI, communicating new expectations to agency leadership and waiting for a response has created a scenario where the definitions of a data center have changed considerably since the initiative was initially announced in 2010. According to Data Center Dynamics, this disconnect between technology and policy has put the federal government at a disadvantage with regard to completing their consolidation goals in a timely manner.

As a result of this disconnect, the total number of data centers on the federal government's itinerary for consolidation has skyrocketed from about 6,000 data centers to nearly 12,000. Considering this number was closer to 10,000 in early December, it's likely that even more facilities will be found in 2016 that now fit the definition of a data center, as defined by the federal government. By using a broad, flexible definition of "data center," companies can avoid this issue altogether.

"Disconnects between technology and policy has put the federal government at a disadvantage."

Updated legislation will shift focus to optimization
IT network gear technology has taken several steps forward in the past few years - so much so that The Office of Management and Budget is hard at work on a few updates to the federal government's data center initiatives. The biggest shift in strategy, according to Nextgov.com, is to concentrate on optimization over space and energy savings. The reality that the federal government continues to unearth new data centers, either via changes in definitions or incompetence in government agency, has created an incentive to think about doing things in a new way.

Thankfully, this shift is consistent with what's already happening across the industry. These days, companies are more likely to slim down their data center with blade servers, Ethernet switches and the cloud than invest in a full on consolidation. By shifting the company's data center improvement goals to optimization over space efficiency, IT managers can operate under less constraining paradigms when planning improvements.