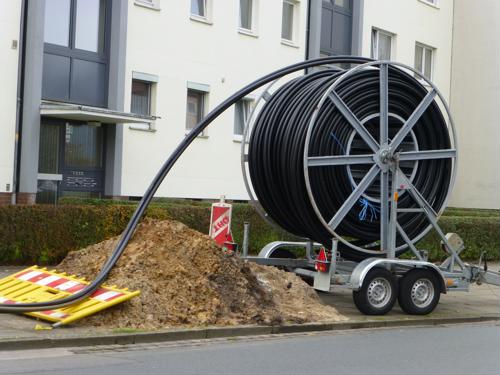 There are many barriers to fiber-to-the-home network installation, but there are also tools that can simplify deployment and help telecoms keep costs under control. Having the right tools and equipment in place to ensure networks perform up to necessary standards is vital as telecoms develop large-scale FTTH initiatives, and solutions like fiber-to-Ethernet media converters play a vital role in the endpoint of most FTTH projects. Media conversion allows copper-based Ethernet systems in homes to interact with the FTTH network, and having cost-efficient, quality media converters can simplify FTTH efforts. Such solutions are increasingly important as the scale of FTTH rises around the world.

FTTH gaining momentum
In many cases, nations with emerging economies can be hotbeds for innovation when it comes to large network installations. These regions lack much in the way of existing infrastructure, so they can move quickly to invest in solutions like fiber. A study from BuddyComm found that Asia, Africa and the Middle East represent regions with the fastest-growing fixed broadband markets, and most of these projects are based on fiber technologies. However, there is also considerable competition for fiber expansion in developed markets. The U.S., France, Spain and the Netherlands all stand as clear examples that investing in fiber-optic cabling networks isn't just for the developing world.

FTTH in the U.S.
According to a recent study from the Fiber-to-the-Home Council Americas, U.S. fiber deployments grew by 13 percent in 2015, the second-largest annual growth rate since the advent of the technology. That 13 percent growth represents almost 3 million homes getting FTTH for the first time, bringing the total number of homes connected to fiber up to 26 million in the U.S. . In the release, detailing the results of the research, industry expert Michael Render explained that this expansion will likely continue.

"From our survey of North American broadband providers, we've found that fiber to the home deployment has continued to grow steadily and 2015 marks the second biggest year for expansion since the technology became available," said Render. "The industry is poised for substantial growth over the next five years."

Heather Burnett Gold, President of the FTTH Council, added to this sentiment by pointing out that fiber is flourishing in the U.S..

"Fiber's on fire in the U.S.," said Gold. "Now, nearly one fifth of the world's fiber connections are here in the United States. Offering faster speeds and better reliability, fiber sells itself."

FTTH in France
Orange France recently announced that it has reached a major milestone in FTTH customers, Telecompaper reported. The firm has approximately 1 million fiber customers and 5 million homes with access to fiber in the regions it serves (both in metropolitan parts of France and some global holdings).

FTTH in Spain
Spanish homes are getting access to fiber at a rapid pace as service providers work to ramp up broadband services built around fiber-optic connections. The Comisión Nacional de Mercados y Competencia recently announced that as of the end of November 2015, there were approximately 2.9 million FTTH lines in existence in Spain, Total Telecom reported. Almost 200,000 of those installations took place during the 30 days preceding the end of the research period. Fiber is leading the fixed broadband market in the nation.

FTTH in the Netherlands
The Dutch FTTH market is another example of the technology continuing to rise in a developed economy. A Telecompaper study found that FTTH investments in the Netherlands increased by 370,000 connections in 2014, with fiber penetration rates reaching 30 percent in the country by the end of the year, Broadband TV News reported.

FTTH is rising in many parts of the world.

What does all this growth in developed economies mean?
Telecoms cannot afford to rest on their laurels when it comes to FTTH network deployment. Instead, they need to look past the low-hanging fruit and develop strategies to deploy the technology in cost-efficient ways. To some extent, this means finding ways to get consumers to subscribe to fiber-based service plans, as that will tip the cost-to-revenue ratio in the favor of service providers, making new projects more profitable. However, it is also important to develop the most efficient installation strategies possible to streamline deployment. A few key considerations include:

Trenching strategies
In some cases, municipalities will allow for micro-trenching - digging shallow trenches and installing cables to simplify a project. It is also possible to work to align cable installation efforts with other construction in a region, such as installing fiber lines in new housing developments.

Media conversion
Getting fiber to interact with Ethernet systems doesn't have to be complex or expensive. Simple, cost-efficient and high-quality media converter solutions can allow for simplified interoperability at the final point of interconnection, simplifying projects.

Nuanced cables
Using the right optical cable format for the right job also goes a long way toward simplifying a project. For example, taking advantage of highly bend-resistant fiber can make it easier to install FTTH in multi-family dwellings, letting you reach out to new markets.

There's plenty to consider before taking on the commitment of an FTTH project, but the right strategies can go a long way in promoting installation efficiency.