G.fast could be key to broadband copper connections 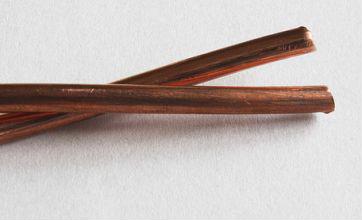 G.fast, the industry standard for local loop broadband copper connections, is quickly becoming a very valuable resource. Tech companies are in a rush to update their legacy connections with fiber wires, but the logistics of this goal vary in difficulty from facility to facility. The G.fast standard is expected to be finalized and commercially available by 2015, but early trial results show the true value of G.fast, despite the technology's shortcomings. A look at the current state of G.fast reveals just how much potential the technology holds.

Product trials ongoing
Companies are doing their best to finalize commercial-ready versions of their G.fast products. Manufacturer ADTRAN, for instance, is currently undergoing performance trials of its 500G Series technology, according to Lightwave. The company has positioned its products as a "portfolio fiber-to-the-distribution point environmentally sealed platform." In particular, the company's G.fast technology provides a viable alternative for companies when installing fiber-optic cables is too expensive. The business noted that the technology is equally ideal for companies performing a step-by-step transition to fiber.

Dr. Eduard Scheiterer, managing director of international markets for ADTRAN, explained that ADTRAN's progress is on pace with the rest of the industry. Forward-thinking companies are expected to have a defined G.fast strategy ready for deployment in 2015. Fiber to Ethernet solutions won't be positioned as direct competitors to fiber-optic cables. Instead, technology like ADTRAN's 500G series is designed to serve as a supplementary resource. In scenarios where hooking up to fiber seems impossible, G.fast technology can be used to fill the gap.

Caveats limit adoption
All new technology comes with its share of shortcomings and G.fast is no different. First, the 1 gigabyte speeds boasted by G.fast developers is not entirely accurate. Technically the number is a combination of upstream and downstream speeds, leaving the top speed of G.fast short of of the gigabit standard. Furthermore, the technology can only be used in local loops and requires companies to deploy another solution called "vectoring," noted MultiChannel News. This noise-cancelling technology minimizes slowdown caused by the crosstalk that occurs along copper broadband connections.