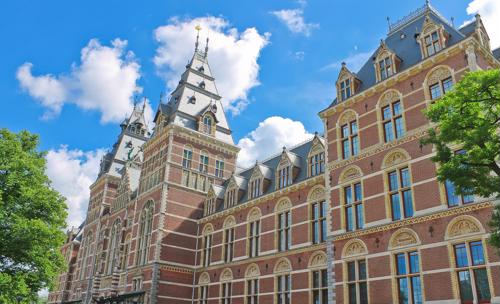 According to a study performed by the International Data Corporation, the worldwide spending on public cloud services is expected to reach $107 billion by 2017. It's no surprise that major American tech companies have ramped up efforts to build infrastructure overseas. Privacy issues have simultaneously begun to drive (and slow) the development of facilities on European soil as well. Google leads the charge in 2014 with extensive plans for building data centers overseas.

Going Dutch
Google has invested in European data centers since 2007, so it's no surprise that the company has decided to continue throwing big money at overseas facilities. The company announced plans on September 23 to spend $773 million dollars on a new facility in the Netherlands. According to CNET, Google aims to finish the center by 2017. The facility will bring 150 high-profile tech jobs to the area, and Google promises that the data center will be built with sustainability in mind. The Netherland's cool weather offers multiple opportunities for Google to take advantage of natural cooling.

Google's development goals are not without some detractors however. The company is currently embroiled in an antitrust investigation as several European firms claim that the company is practicing unfair business tactics. The European Union has even threatened to file an official antitrust suit if Google does not reform its policies to better promote international competition.

Russia plays hard ball
Google has also steadily increased its rack count in Russia, but not by building more data centers. Instead, the company rents large volumes of storage locally to better serve customers using map applications or streaming videos. Recent moves by the government will ensure that Google stores even more of its data on Russian servers, according to Bloomberg Businessweek.

Vladimir Putin's administration is pushing for legislation that requires all personal data for Russian clients to be stored on local soil. The law would take effect in 2016, and require Google to move Russian Gmail and Google Doc files to locally-owned data centers. The IDC expects the Russian big data industry to grow by another 20 percent in the coming year, as more and more are connected to the Internet via the development of country's fiber-to-ethernet infrastructure. This surge in business will likely motivate Google to continue meeting Russia's demands.