How agricultural experts are using IoT to save bee colonies 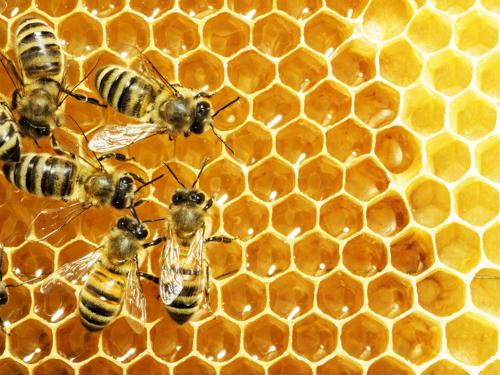 Recent advancements in internet of things devices have provided companies in a range of industries with the ability to tackle complex problems like never before. While some tech experts tend to focus on the massive efficiency gains and declining investment costs of modern computing technologies, there are a variety of ongoing projects that illustrate the positive impact IoT is having on global issues. With an estimated 20 billion devices set to be in circulation by 2020 - contributing a potential economic impact of $11.1 trillion by 2025 - there is no shortage of opportunities for new IoT-driven applications to generate positive results on the world stage, per Particle.

Over the past decade, the agriculture industry has been on the front lines of workflow transformation. While most food producers have embraced automation and data analytics as a means of increasing crop yields and reducing waste, there are many enterprises and nonprofit groups that have devoted significant resources to tackling environmental issues. One of the most pressing concerns today's crop growers face is the alarming decline in bee populations, which poses a serious risk to small- and large-scale production operations. But how can IoT devices help solve this problem?

The role bees play in agriculture
While there are hundreds of different species of bees, only a few have a notable impact on food production. According to the agricultural advocacy group Sustain, honey bees are the most important pollinators of commercial crops in the world and play a significant role in the life cycle of commercial crops. A vast majority of domestic and imported fruits and vegetables require pollination to flourish, including avocados, celery, peaches, broccoli, soybeans and more. In fact, Sustain estimates that around 80% of U.S. crops are dependent on honey bees in particular, though other pollinators like hummingbirds and wasps also play an important role. If these creatures were to suddenly disappear, their absence would have major repercussions on biodiversity and may even lead to widespread famine.

Pollinators affect close to 35% of global agricultural land and support the production of 87 of the world's leading food crops, per the Food and Agriculture Organization. However, as agricultural operations have grown in size, farmers have had to readapt their practices to keep pace with increasing production demands and remain profitable in the long term. One outcome of this expansion has been the widespread use of pesticides to control harmful bug species and disease carriers, such as mosquitoes, rats and ticks. The overuse of pesticides is believed to be directly correlated to the marked decline in pollinators, giving rise to the malnutrition and noncommunicable diseases that are threatening honey bee populations. But what can be done to reverse this negative trend?

Combating colony collapse with IoT devices and satellites
Colony collapse disorder refers to the phenomenon that occurs when a vast majority of a hive's worker bees suddenly disappear, leaving the queen and nurse bees to fend for themselves. The impact of CCD can be devastating, as the remaining immature bees are unable to receive the nutrients and care they need to properly develop. Widespread colony collapse is considered one of the biggest ecological disasters of the modern era, and unless something is done there is a high chance CCD will cause irreversible damage to the ecosystem. That's where IoT solutions can help.

A new international project headed by ApisProtect, an Ireland-based agritech innovator, is combining IoT devices and satellite communications to create a comprehensive monitoring system that can track the health of bee colonies in real time, ZDNet reported. The company's flagship sensor unit, named the ApisMonitor, is specifically designed for commercial beekeepers and can be easily affixed to the underside of a hive's roof. Once attached, the ApisMonitor collects data on environmental conditions and population density, ensuring beekeepers can quickly address any signs of malnutrition or noncommunicable diseases.

"ApisProtect will provide beekeepers with actionable insights that will brief them on the condition of their hives, identify problem colonies and suggest a variety of actions to keep their colonies healthy and prevent losses, providing a 24/7 early warning system," said Dr. Fiona Edwards Murphy, co-founder and CEO of ApisProtect, in an interview with ZDNet.

The need for industrial connectivity tools
Most large-scale environmental projects that rely on IoT and embedded technologies require significant investment in system and network infrastructure, as the efficient flow of data is essential to real-time monitoring capabilities. Considering the global IoT in agriculture market is expected to generate more than $48,714 million by 2025, per Allied Market Research, companies should not wait before upgrading or replacing their outdated hardware. Perle offers high-performance networking tools that can keep farmers and agriculture experts informed about their operations' performance. Read some of our customer stories to find out how we've helped other organizations take full advantage of the IoT.