How drones are evolving to be more practical across industries 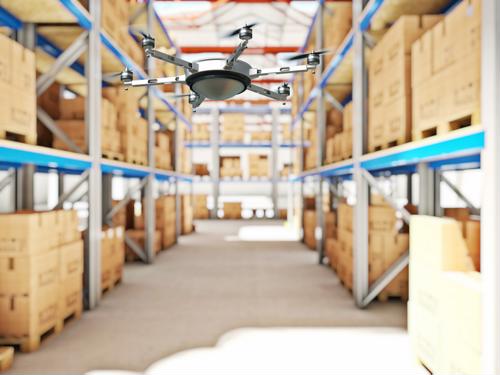 Drones have been available for years. The uses of these unmanned aerial vehicles have ranged from part of advanced military operations to a new tool for dedicated and casual hobbyists. Online retailers like Amazon have also begun using drone delivery services in certain cities.

Yet there have been various factors limiting drone usage. First off, they haven't been the most intelligent pieces of technology. Many of the more advanced models still require a human pilot to operate and, while complex routes can be programmed in, many drones lack the sensors and processing power to adapt to any unforeseen changes.

Second, there are the safety concerns. The Federal Aviation Administration is still working on plans to integrate mass drone use into U.S. airways. Initial testing of this project will soon begin across 10 different cities, with the goal of understanding any public and security risks as well as testing if mass quantities of UAVs can work proficiently at the same time. Currently, all drones must be registered with the FAA before any sustained operations can begin.

A study published in Optics Express also promises a potential method of avoiding signal disruption in areas with many connected internet of things devices. The research relied on the help of a species of cave-dwelling fish, called eigenmannia, which lives in complete darkness. In order to see, the fish use an electric field to communicate with one another. Since the fish need to be able to communicate clearly, regardless of how many other fish they're near, they've evolved the way to adjust their electric communication signals through a neural algorithm.

Scientists hope to implement this same idea into technology that will allow skies full of drones to communicate quickly and clearly with one another, without jammed signals interfering with programming.

As UAV technology continues to develop, businesses must examine the potential practical uses of drones and how they can help drive new services and increased productivity.

Health care
One of the most compelling uses of drone technology is rapid medical response, particularly in rural or remote areas. Unlike traditional ambulance responders, drones don't need to follow the rules of the road. They can be dispatched from hospital to patient in a straight line.

According to research published in the JAMA Network, drones were able to deliver defibrillators to patients in need faster than trained response teams. The results indicated that, from the same distance, drones could reach the patients in an average time of just over five minutes, whereas it took the ambulance dispatch 22 minutes.

Having drones that can "see" and perceive the patient in need of care upon arrival will help them deliver the product closer to where it is needed. Having jamming prevention software will ensure the device does not get lost or disrupted on route. In health care, timing is critical - improving UAV performance will only make them more valuable to this industry.

Electric Utilities
Power lines exist in remote locations. While sensors on these wires can tell trained technicians where a break occurred, sometimes this area can be hard to reach. Dispatching a drone to the site will take less time as it will more easily navigate the environment. Once on site, an advanced, AI-equipped drone with cognitive vision will be able to see and identify the exact nature of the problem without a pilot or human observer being needed.

The jamming avoidance technology will really matter in this industry, as the sensors on the wires, coupled with the natural electric fields, can make for some potentially crippling disturbance. As drones continue to evolve, it is foreseeable to see UAV repair teams augmenting human technicians.

Agriculture
Farms have been automating with technology for decades. Drones are already used for surveillance and to gather data for various tests, including toxicity levels and soil nutrition. However, footage gathered by drones must be reviewed by human eyes before it can be fully processed.

More intelligent machines can get farmers the data they need instantly instead of being part of a multiple step process.

A UAV with machine learning and capable AI is essentially a flying skilled worker. It is not difficult to see the inherent value. However, even with edge computing empowering data collection at the source, industries will still need to be able to keep in constant communication with their flying workforces. Perle has the personnel and the hardware to strengthen network infrastructure, allowing for robust, secure connections. Contact Perle today to find out how we can help empower your enterprise for advanced UAV use.