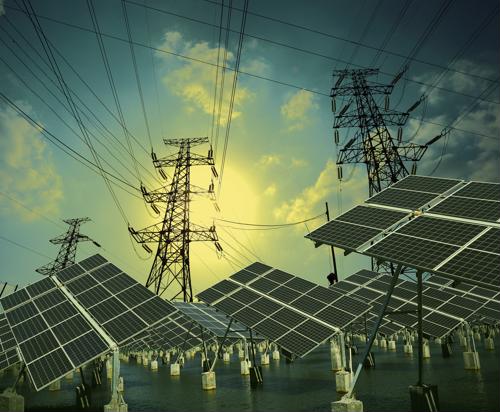 The debate over the long-term viability of renewable energy is as lively as ever, but new innovations are pushing the industry forward at a rapid pace. Many detractors tend to focus on the hardware limitations of current clean energy technologies and are skeptical that a large-scale system would be able to meet national energy demands. And to be fair, they do have a point.

One of the limitations of clean energy tech is how vulnerable the hardware is to damage and weathering. For example, wind turbines are often strategically placed in coastal regions to harness the strong ocean winds. While this practice does maximize the efficiency of the system as a whole, the location also comes with a lot of risk.

IIoT monitoring and disaster response
Seasonal hurricanes and tropical storms bring gale-force winds and storm surge to coastlines around the world, which in turn puts the entire wind-farming system in harm's way. If the electricity grid relies on such a system to meet energy demands, it could spell disaster without the proper protections in place. That's where the Industrial Internet of Things (IIoT) can help.

Whether it's an off-coast wind turbine or a solar panel in the desert, clean energy companies need reliable monitoring systems to anticipate threats and take decisive action when things go wrong. While a digital cloud may not be able to neutralize a storm, it can provide health updates in rea time, allowing workers to quickly identify risk factors and take corrective measures.

New developments in IIoT technology have enabled maximum connectivity and accurate remote monitoring, giving clean energy companies the tools they need to improve the stability of their systems. If the goal is to move toward large-scale renewables as a sustainable alternative to fossil fuels, new insights and innovations must ensure these systems are reliable in the long-term.

Lessons from Hurricane Florence
The effectiveness of IIoT monitoring was exemplified by North Carolina's response to Hurricane Florence, which tore into the East Coast in late-September. North Carolina has been at the forefront of the 'clean tech' revolution, with almost 5 percent of its total energy production coming from renewable energy systems, according to a Sept. 2018 report by the Solar Energy Industries Association.

Solar panels make up the bulk of the state's clean energy infrastructure, and although many facilities were directly hit by the storm, the system as a whole proved to be incredibly resilient.
In the wake of Hurricane Florence, the International Energy Agency found that renewable energy facilities were brought back online faster than those powered by fossil fuels.

In part, this positive outcome resulted from the actions taken by the solar energy companies before the storm made landfall. All hardware in the path of the storm was powered down, and automated messages were sent to rooftop solar panel owners with tips about how to prepare for the worse. After the hurricane had passed, repair crews were able to quickly determine which units were seriously damaged and took immediate action.

What data can do for clean energy companies
The success of any tech-based endeavor relies on collecting a deluge of information and determining what course of action and available tools will lead to a positive outcome. Hurricane Florence demonstrated how important second-by-second data gathering is for the stability of large-scale renewable energy installations.

To this end, clean energy companies should consider how their console servers and behind-the-scenes components are contributing to their success, and whether their industrial Ethernet switches can keep up with the pace of innovation.

Perle offers networking tools that keep clean-energy technology running at peak performance. Read some of our customer stories to find out how we've empowered other renewable energy companies in their quest for a sustainable future.