How IoT is helping to regulate California groundwater 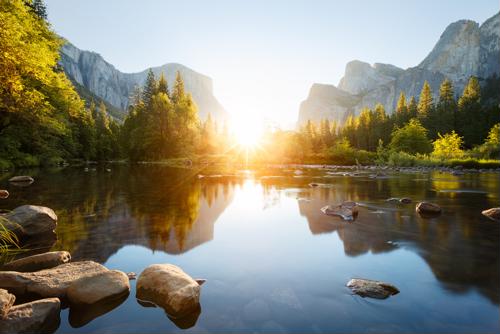 Following California's record breaking drought between 2011 and 2015, government officials and groundwater experts have been working overtime to find sustainable solutions to the state's water shortage issues. At the heart of these efforts is the Sacramento-San Joaquin Delta, which is considered one of the most crucial water and ecological resources in the region.

According to the Water Education Foundation, the delta supplies clean drinking water to around 25 million Californians and supports extensive agricultural activity by providing irrigation to 4.5 million acres of farmland. The delta's 1,100 miles of shoreline are protected by a complex network of levees - embankments that prevent the rivers from overflowing - which safeguard farms, cities and residents from flood risks.

Due to its centralized location between the Sacramento and San Joaquin Rivers, the delta serves as a hub for many of the state's surface water delivery projects. The State Water Project, which diverts fresh water from Feather River to the more industrialized regions of California, has made it possible to irrigate large swathes of farmland in San Joaquin Valley, but a faltering ecosystem may threaten the region in the years to come.

The effects of Senate Bill 88
In 2016, the California State Water Resources Control Board proposed a new water measurement standard aimed at improving the state's resource management protocols in response to drought conditions. The proposal was quickly signed into law under Senate Bill 88 and has since helped state officials collect and analyze a massive amount of data on water diversion and use throughout all of California's watersheds.

The current method of measurement was first developed by The Freshwater Trust, a nonprofit organization dedicated to protecting and restoring freshwater ecosystems. The TFT has since taken a leading role in the project and helped form the Northern Delta Groundwater Sustainability Agency, unifying 17 different local agencies into an integrated group of groundwater use experts.

TFT and IBM team up
An early February press release from IBM announced that the company is partnering with The Freshwater Trust and SweetSense Inc. to bring IoT technology to the Sacramento-San Joaquin River Delta. The project will integrate a fleet of satellite-enabled sensors to monitor and track groundwater use in real time, which will help officials keep an eye on fresh water reserves and divert supplies as needed. The hardware will be provided by SweetSense Inc., a manufacturer of low-cost satellite-connected sensors, but will operate as part of IBM's blockchain platform.

Once completed, farmers, financiers and state regulators will be able to access data on groundwater use through a secure web-based dashboard, allowing experts to monitor California's watersheds remotely. One goal of the project is to demonstrate how IoT tech can help mitigate the impact of water shortages through sustainable pumping and resource management practices. For example, farmers that require more water than the state's share cap allows would be able to purchase groundwater from users who do not need their entire share. This, in turn, will put less strain on the delta, as the diverted fresh water will be pulled from less industrially established regions and areas with abundant supplies.

But before this project can see state-wide deployment, groundwater officials will need to install reliable connectivity infrastructure that can facilitate high-speed data communications. Perle offers reliable networking tools that can strengthen connectivity without sacrificing scalability. Read our customer stories to learn more.