How the Internet of Things transformed the solar industry 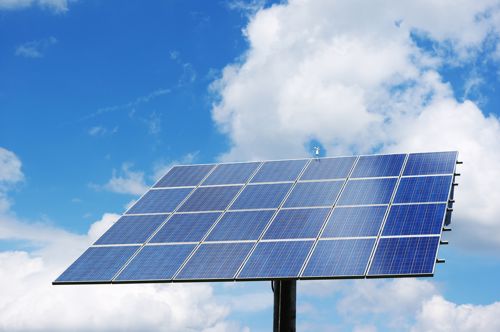 Solar energy has taken the lead in renewable energy use for a plethora of reasons, including high consumer demand for renewable energy sources, reduction in production costs, tax rebates for solar energy system installations, the ability for consumers and communities to send and sell solar energy into the grid via net-metering, and storage in solar batteries, such as those made by Tesla.

The great catalyst for solar adoption, however, is the Internet of Things, or IoT. The IoT makes solar energy generation and service more visible, measurable and cost-effective.

Solar History—A Few Highlights
There is a rich and interesting history behind solar's rise in the clean energy industry. Humans have tapped solar energy long before the first solar panel was imagined or created. As early as the 7th century, B.C., humans used the sun and magnifying glass materials to make fire. In the 1200s A.D., the Anasazi, ancestors of the Pueblo tribe of the American Southwest, built cliff dwellings with southern exposures to take advantage of the sun's warmth in winter, an example of passive solar. Another example of passive solar is the simple concept of the sunroom—bringing in as much heat and light as possible into an enclosed space with sun-facing exposures and the use of glass.

But the contemporary, ever-expanding use of solar energy is in harnessing it to create electricity.

Where the IoT Meets Solar
While a host of advances in solar have contributed to the mass adoption of solar, such as those mentioned above, the IoT has made solar even more accessible and attractive in residential, commercial and government implementations.

The rigorous development and refinement of the IoT space has, for all users, made the intangible tangible. Sensors and smartphones have brought a new level of purchasing confidence to the solar consumer. People trust and buy what they can see, and they can see a user interface.

Homeowners with solar installations can easily determine if systems are operating efficiently. Sensors gather data from solar cells, and this information is displayed via user interfaces. Because of IoT and smartphones, homeowners can monitor their owned or leased systems, view energy generation, use, and storage (if they have batteries) on cloudy and sunny days, from anywhere.

Solar companies can view data from the edge across the full range of solar assets that they manage. The more panels and batteries that a system has, the more complex it is. However, integrated monitoring and the IoT make it possible to see degradations or points-of-failure, even to the level of a specific panel. Because of the IoT, troubleshooting can be done remotely, reducing the need, time and cost of site visits.

At the utility level and regional monitoring level, the IoT assists in monitoring the energy flow into the grid, to aid in balancing load and flow. Electricity used to only flow one way, from commercial power generation into the energy grid and to consumer end-points. Now, solar electricity can also flow the other way, from owners and lessors of solar assets into the grid. This reduces the use of fossil fuels, while contributing electricity from renewable sources to community use.

As power utility and distribution companies move toward satisfying their NERC CIP requirements, demand for secure serial to Ethernet equipment in substations will be required. These devices must conform to the demanding environment conditions found in these locations such as Electric & Magnetic Fields, Electrostatic Discharge, Conducted High Frequency Electrical Transients, High Energy Power Surges and Ground Potential Rise during ground faults.

Perle can support your IoT and energy infrastructure. Read our customer success stories to learn more.