Industrial Ethernet sets the foundation for the fourth industrial revolution 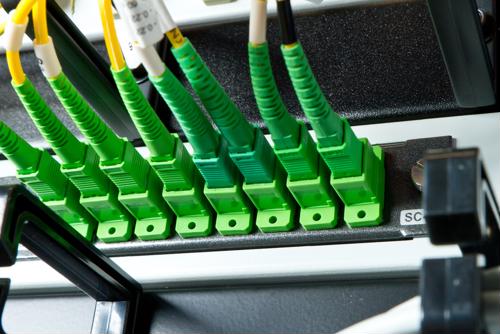 Industrial organizations have been hearing a great deal of buzz around the idea of a fourth industrial revolution. The thought process is that the Internet of Things and related technologies will drive up data analytics and connectivity functions to such a degree that it will usher in a new, disruptive era of change in industrial sectors. This potential is real, but a recent Industry Week report put the hype in context by highlighting the need for iterative progress as organizations work to adapt to a potential new revolution in industry.

The Internet of Things is driving innovation in industrial sectors.

Considering the gradual build to a new industrial revolution
According to the news source, there are two main issues to keep in mind when it comes to making sense of the hype surrounding the fourth industrial revolution. The first is that much of the rhetoric is a bit too fantastical to be directly useful for your business. In many cases, examples of how the Internet of Things can be used showcase the potential of billions of connected devices, but they lack concrete examples that industrial organizations can use to drive immediate improvements. The second issue is that this is changing.

Early adopters have begun to come away from their projects with key takeaways about the IoT and impending fourth industrial revolution. Some of the lessons that the report said companies are learning include:

Pointing to insights from Microsoft's Shawn Noroozi, the news source explained that companies moving into the IoT are best served by beginning with small-scale projects while maintaining big ambitions.

Using industrial Ethernet as a first step into the IoT
Any IoT-related project is going to be incredibly dependent on your network systems. If you are considering first steps into the IoT and fourth industrial revolution, then you must consider how the foundation of your network will be able to handle the data that will need to move through it. Interoperability is key here.

Many industrial networks are cobbled together collections of Ethernet systems meant to serve the business, but that have made their way to the factory floor and specialized serial systems designed to support machine-to-machine communications. The IoT will only work well if these disparate components are meshed into a common system that can move data reliably through every part of your organization.

Industrial Ethernet equipment can support this goal by providing the reliability and durability you need to ramp up your connectivity game without creating reliability risks. From there, you will have a rugged, high-performance network foundation in place that you can use to build out various IoT systems.