Industry 4.0 is transforming the warehouse sector 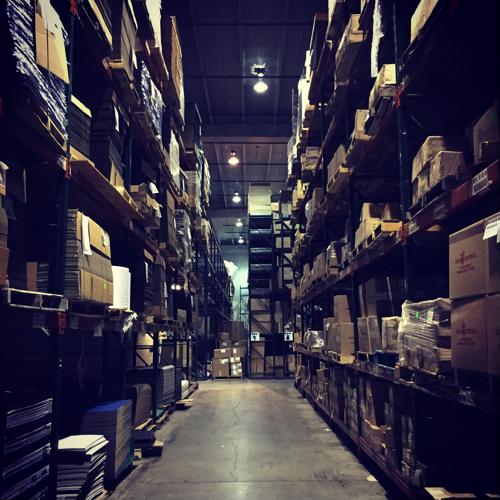 Imagine a warehouse and your mind probably conjures up an image of row after row of shelves holding boxes and pallets. Some workers are probably milling around holding clipboards and taking notes, a forklift is at work and a few managers are overseeing everything. That image doesn't quite hold up in today's warehouses. Sure, there are still some warehouses that are heavily built around manual and paper-based processes, but the industry is overwhelmingly moving toward more automated and accelerated operations. Many include features such as drones that scan barcodes for inventories, robots that collect boxes off shelves and similar tools that automate many key tasks, freeing humans to focus on more value-related work.

This isn't a vision out of science fiction. Fully automated warehouses have been around for years, and we're reaching a point where implementing high levels of automation is no longer just for early adopters and industry giants, it is becoming more accessible. The rise of the Industry 4.0 movement is changing the way warehouses function, and a recent report from Deloitte said today's warehouses are looking more and more like distribution centers as digital and physical architectures intersect.

Industry 4.0 and the warehouse
According to the news source, high-velocity operations are becoming the norm in warehouses, allowing facilities to handle as many goods as they typically deal with, but at lower costs. This change comes as automated warehouses are supplemented with an added layer of intelligence, something driven by Industry 4.0.

The idea of Industry 4.0 is ambitious, and one of the most high-reaching goals is to create an operational environment in which people and robots can work hand in hand. Robots are built to be strong and tough. They are given a task and will generally complete it without much awareness of their surroundings. Because of that, they have traditionally been either kept in cages or segregated entirely from humans to prevent any kind of risk. However, an added level of data distribution to robots can combine with sensors, monitoring systems, machine learning software and more advanced programming to make robots more suitable for work beside people.

The Deloitte report explained that traditional automated warehouses were limited by the fact that robots couldn't work alongside humans, leading to a high level of process and product standardization. Essentially, the tasks that robots needed to complete, including identifying and gathering items, had to be the same each time because they weren't intelligent enough to handle customization and nuance, and humans couldn't step in. With Industry 4.0, more advanced robots and higher degrees of data integration are allowing robots to not only receive more specific instructions and respond to the environment around them, but also work beside humans.

This integration between the intelligence of humans and speed and productivity of robots is coming together to allow warehouses to transform into distribution centers that don't just work faster, but also handle a wider range of tasks, including custom orders and similar sophisticated functions.

The future of the warehouse
Technological innovation creates an exciting image for warehouses moving forward, and a study from Zebra Technologies found that industry leaders are buying in. Approximately 76 percent of those polled as part of the study said they expect to see an increase in the number of locations they ship to and the volume of items they are handling between now and 2020. Furthermore, advances in capabilities like serialization and location are also set to impact the sector, with 82 percent believing that the quantity of inbound items being barcoded will rise by 2020.

Preparing for this future
All of this innovation - robots and people working together, serialization allowing for more natural interactions and increased speed and volume within operations - is built around data. Robots need access to information so they'll know what they're supposed to do. Human workers need data so they can provide the layer of intelligence and refinement that robots lack. Strategic network upgrades play a critical role in getting information out to these groups in a timely and reliable fashion, and warehouse environments aren't exactly easy to wire. High shelves make Wi-Fi penetration spotty and long distances make copper cabling problematic. On top of all that, vibrations and similar conditions make traditional Ethernet systems too vulnerable to damage for a warehouse environment.

Using industrial Ethernet solutions in tandem with fiber-to-Ethernet media converters can empower warehouse operators to ease many of these challenges. The media converters allow for extended cable runs, making it easy to distribute the network throughout the entire facility. At the same time, industrial Ethernet switches can withstand the conditions within a warehouse and ensure reliable data transit even when equipment is exposed to adverse circumstances. The modern warehouse is built around data, and robust network solutions can help organizations stay up to speed.