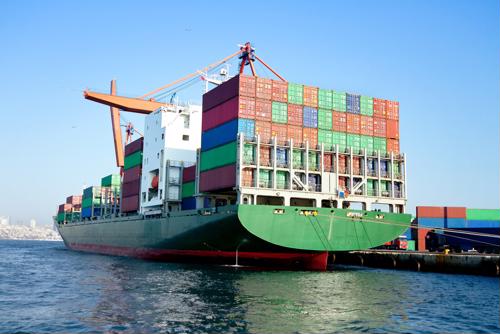 The Internet of Things (IoT) is revolutionizing the maritime industry. Smart connected vessels reap the benefits of the IoT in a variety of ways, from driving down costs by scaling maintenance time to decreasing fuel consumption. The logistics benefits of embracing IoT tech are substantial, with sensors able to detect the temperature of goods like vaccines that require specific shipping conditions.

Here are some exciting ways today's cutting-edge technologies are being used at sea.

Acting as a warning system against everything from gas leaks to food spoilage, the real-time transmission of data housed inside shipping containers allows for a greater degree of control over the percentage of goods traditionally lost during transport. Given the sheer size of many vessels, the monitoring of holds and decks for dangers related to fire or flood reduces labor costs associated with staffing patrols.

As digital systems can now be tasked with monitoring GPS position, bilge alarm status and battery voltage as well as powering smoke and intruder alarms, today's smart tech enables increased efficiency in addition to the cost savings attributed to early detection of problems.

Analytical IoT can be used to determine a number of optimization outcomes on a specific ship. An article published in The Journal of Marine Science and Technology references a case study where 11 IoT technologies were leveraged upon a single container ship in a simulation.

The technologies used in the study diagnosed the weight at which the ship maximized profit capability, identified the vulnerability of the hull as being the greatest factor in ship safety, and provided many other logistics-impacting revelations. The combination of the multiple technologies in the simulation proved to be the catalyst for the real-world applications that could generate cost savings.

5G on the open sea

Traditionally, the connection between ships and land relied on Very Small Aperture Terminal (VSAT) satellite connections. Everything from voice and data transmission to navigational charting was dependent on costly VSAT relays, resulting in limited-time connections in order to reduce costs. The creation of hundreds of low-earth orbit (LEO) satellites, which operate in the Ka-band (26.5-40 GHz) has enabled higher data rates and greater security. Riviera estimates the application of LEO satellites and 5G capabilities could revolutionize connectivity at sea within the next decade.

Relying on high throughput satellites (HTS) that blanket the world's waterways has resulted in demand for high-speed connectivity and increased artificial intelligence (AI) capabilities on vessels. The Maritime Executive observes the benefits of utilizing dedicated maritime IoT, including the allocation of a separate transmission system entirely apart from the dedicated satcom one. By enabling the separation of information technology (IT) from operational technology (OT) both critical elements of data transmission occur simultaneously and without the possibility of lag or interruption.

The separation ensures information is streamed directly and with optimal speed, so that action can be taken on metrics as diverse as fuel consumption and routing.

For the latest in reliable tech applications for the bridge and open deck sensors, Perle is proud to offer maritime operators equipment they can count on. From serial terminal servers to media converters, Perle has followed the guidelines necessary for both subsea and topside usage. To learn more about Perle's success in the maritime industry, please visit our Marine Solutions page.