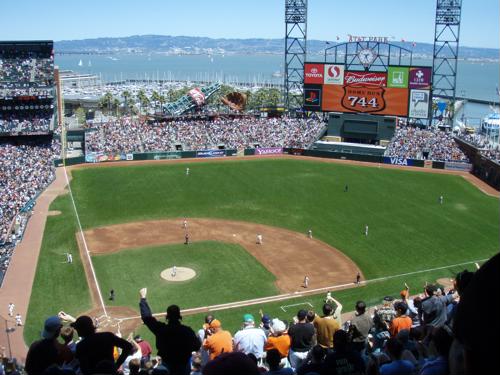 The game of baseball emerged incrementally during the mid-to-late 1800s, the product of Northeastern sportsmen such as Alexander Cartwright, who founded one of the first organized baseball teams and developed many of the formalized rules used today, according to The New York Times. In the decades since, the game has remained largely unchanged. While modern players in Major League Baseball are bigger, faster, stronger and more skilled than their predecessors, they still employ the same basic tools and play on the dirt-covered diamonds that Cartwright and his peers once occupied. However, in recent years, innovators inside and outside of the sport have encouraged clubs and leagues to move forward in some respects.

Technology firms are, in part, fueling this push, developing and promoting connected solutions that address three central aspects of the game: the fan experience, stadium operations and training.

Modernizing a long-time tradition
Last fall, the Nashville Sounds, a minor-league affiliate of MLB's Oakland Athletics, tested a mobile application designed to bolster the actual experience of viewing a game live, according to the IOT Journal. The customized portal, called Sounds Gameday, connected with Bluetooth beacons installed throughout First Tennessee Park in Nashville and pushed all kinds location-based content to users, including special concessions and team store promotions. It also displayed real-time player statistics, keeping fans informed as they watched the game unfold on the field. The application was an effective data collection tool as well and offered users multiple opportunities to input their contact details for prize drawings, which many did. Overall, the test lasted for four games and generated over 65,000 mobile interactions, leading the team to consider a more permanent solution.

While innovative, the Sounds' use of an in-stadium mobile application was just another in a long line of similar deployments dating back to 2013, when MLB announced the launch of an initiative to facilitate the installation of Bluetooth-enabled beacons in all 30 MLB stadiums, according to TechTarget. The league executed on this plan in March 2014, installing beacons in 20 parks, including Fenway Park in Boston and Dodger Stadium in Los Angeles, The Verge reported. Today, 93 percent of all MLB ballparks feature these devices, which connect with the league's proprietary mobile application Ballpark, according to MediaPost. Here, fans can access their digital tickets, take advantage of special promotions, view game statistics and even download their favorite players' walk-on music.

Optimizing facility management
MLB stadium consume massive amounts of energy and therefore cost a considerable amount to run. Even teams that have invested in energy efficient facility features still grapple with high utility bills. Last September, the San Diego Padres collaborated with Qualcomm to create an automated IoT framework for managing operating costs, Engineering.com reported. The team worked with technology company on a backend data collection system that gathers real-time energy usage information via sensors and feeds that data to facilities personnel, who can then make necessary changes to right-size consumption and reduce costs. In fact, the Padres project the system could cut their annual operational expenditures by 25 percent. While not as flashy and fan-focused as Bluetooth-based beacon systems, this kind of project can produce a cost-saving ripple effect that reaches the consumer and bolsters the accessibility of the game.

Improving player training practices
Player training is perhaps the most consequential area in organized baseball that connected technology could transform. While training room techniques have evolved with time, practice drills remain largely unchanged. However, some teams are bucking traditional methodologies for technology-driven alternatives, the Los Angeles Times reported. For instance, multiple MLB teams, including the Tampa Bay Rays, have invested in the virtual-reality-centered hitting platform called iCube. With this solution, players can field virtual pitches from the league's top throwers. Bluetooth-enabled swing trackers are similarly useful, giving hitters the power to collect cold-hard data on their movements and improve their mechanics, according to The Hardball Times.

Together, these innovations indicate that baseball is quickly embracing modern technology and progressing further from its formative years. As this development continues, Perle will be there to provide the cutting-edge networking infrastructure needed for large-scale IoT installations designed to enrich the fan experience, improve ballpark operations and revolutionize player training. Connect with us today to learn more about our work within the sports and entertainment industry.