Keep your data center clear of overheating issues this winter 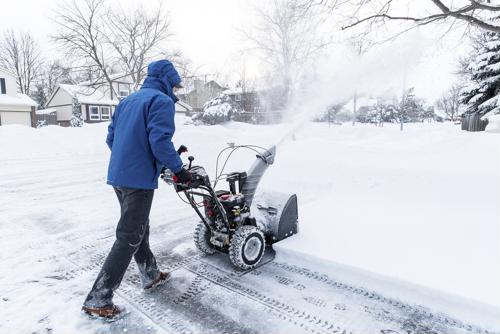 Your IT team may face extra challenges this season if your company maintains its own in-house data center. Data Center Knowledge noted that central HVAC appliances tend to switch from cooling to heating mode during the winter, and this excess ambient heat can make it more difficult to keep your data center running at a safe and efficient temperature. That's why it can't hurt for your IT staff give your company's data facility a once-over for inconsistent heat flow that may have popped up as temperatures have dropped. Addressing this issue sooner than later will help make your facility more efficient and less vulnerable to surprise outages.

Microsoft's meltdown shows that nobody is safe
Overheating servers is not an issue that only impacts small or medium-sized businesses. In fact, Microsoft's Outlook, Hotmail and SkyDrive services were brought down for over 15 hours in 2013 thanks to overheating woes, said Digital Trends. A rapid temperature spike forced Microsoft to activate its user-blocking safeguards and send in employees to personally restore access to downed servers. The extended nature of the outage and the fact that Microsoft was forced to send personnel in to resolve the situation by hand reflects just how serious overheating problems can be for a data center.

The outage demonstrated that even companies like Microsoft running services as uptime-dependent as Outlook can still drop the ball when it comes to overheating. Considering that rack temperatures will become an issue again as temperatures begin to rise, addressing the problem now can help prevent instances of overheating before the summer swelter begins to set in.

IT teams have several options for temperature management
There are several strategies that IT teams can employ, from expensive and complex to cheap and simple, to help keep the climate of your data center under control. Don't overlook the importance of detailed temperature measurements - this information is essential for determining the location of hotspots that can compromise the efficiency of the entire room. Thankfully, temperature sensors can be wired to data center infrastructure with ease via serial-to-Ethernet gear.

For companies looking to focus on managing certain sections of their infrastructure and make an investment, temperature-controlled enclosures can offer extra monitoring. On the other side of the cost spectrum, reorganizing infrastructure to promote heat flow and reduce clutter can lessen temperature issues for free.