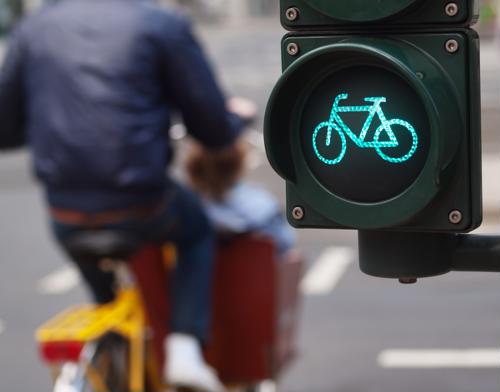 As smart city projects continue to pick up steam, new disagreements over data privacy rights have impacted the pace of internet of things integration. In mid-March, the Los Angeles Times ran a story covering the ongoing feud between L.A. transportation officials and an on-demand rental company, JUMP, which supplies electric bikes and scooters for public use. The L.A. Department of Transportation is attempting to enforce a new city rule that would compel all rental companies to send real-time location data for its entire fleet of vehicles. The data would be used to verify whether JUMP and other rental companies are adhering to the city's strict operating rules, which limit the number of vehicles that can be in use and where they can be parked.

Private companies vs. local governments
In response to the new rule, Uber Technologies Inc. (which purchased JUMP in 2018) has partnered with a number of data privacy organizations to push back against the city's policy, arguing that it represents a clear example of invasive government surveillance, and that supplying such a large volume of location data would unduly inconvenience its customers. The LADOT is asking companies to hand over information on the start points, end points, and travel times of each electric bike and scooter within 24 hours of a rental, along with an indication of whether any of the vehicles were used or parked in restricted areas.

"Under current and proposed privacy legislation in the United States, private companies are expected to demonstrate specific data security and privacy capabilities when dealing with personal information, including GPS data," commented an Uber spokesperson in an interview with Motherboard. "Despite repeated attempts by Uber and consumer advocacy groups, we've received no assurance that LADOT is willing or able to meet the same standard in protecting the privacy of our customers."

Despite Uber's protests, several of its competitors have already publicly endorsed the policy, believing it will yield useful information that may help rental companies better serve low-income communities. City officials also argue that these electric transportation vehicles may help curb emissions by providing residents with a meaningful alternative to public transit options that run on fossil fuels. The provided data would not include a rider's personal information, like name or payment details, but some experts believe a cross-city trip could be connected to specific individuals by aggregating disparate data stores.

What this could mean for smart cities moving forward
The debate over data collection and privacy rights shows no signs of cooling off, which may significantly throttle future smart city IoT deployments. Regardless, both local governments and private companies must continue to build out the network infrastructure needed to facilitate large-scale data gathering applications. However, the costs of implementing robust connectivity tools can be substantial, making a halt in progress a troubling outcome for all parties involved.

Perle offers affordable and reliable networking tools that can strengthen connectivity without sacrificing scalability or breaking the bank. Read our customer stories to learn how our products have helped other organizations pave the way to the fully integrated smart cities of the future.