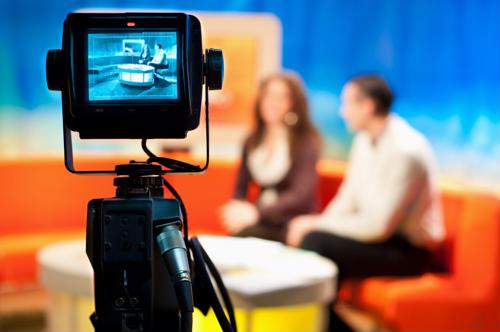 The internet has completely disrupted dozens of industries, forcing businesses to develop new operational models capable of sating increasingly technology-savvy consumers. However, few sectors have struggled as much as the media in the post-print world. Total weekday newspaper circulation has fallen drastically over the last two decades, according to Pew Research Center. Revenue from advertising has decline with circulation, as businesses look beyond the print newspapers for marketing opportunities.

That said, many in the media world are fighting back against these troubling trends by deploying new web-based content consumption models and using innovative information gathering and publishing technology. The internet, once the enemy of the sector, is now its saving grace.

The social media revolution
Social media platforms now play important role in everyday society. Nearly 70 percent of all Americans maintain Facebook accounts, according to Pew. Even newer sites such as Instagram and Pinterest experience astronomical traffic, drawing in 32 percent and 31 percent of all internet users, respectively. While these portals have enriched the social lives of everyday people, they complicated things from a newsgathering perspective, leading to rise of the citizen journalist and leaving many to wonder why reporters were even needed if anyone could have a publishing platform.

While traditionalists rejected social media as a way to defend their places as paragons of information, innovators happily embraced these new tools. The latter group eventually won out, forcing newspapers and other organizations to integrate social media into their reporting operations. Now, more than 41 percent of U.S. journalists believe social media is very important to their work, according to research from Cision.

How do these individuals use social sites in a newsroom setting? Most act as observers, employing microblogging platforms such as Twitter to keep track of developing stories. Many reporters also use social media for fact-finding and promotion. The former activity is particularly important, as the information behind modern scoops can often show up on social feeds.

This trend is likely to continue for the foreseeable future, with the continued rise of the Internet of Things and formalization of social media-based reporting practices.

"More than half of Americans get their news from television stations."

Data-based news operations
Most consider the rise of Big Data a purely commercial phenomenon - the province of chief financial and operations officers looking to develop metric-backed solutions that make it easier to track costs and production. However, other organizations are using data outside of the traditional business context - most notably, media organizations.

A metro reporter may develop cull crime data and develop interactive visualizations rather than plugging bland figures into densely packed paragraphs. A feature writer might pair a long-form piece with an eye-catching infographic with striking statistics that will encourage readers to dive into the deeper story. These use cases are common across the industry, as reporters delve into raw information for insights that will surprise the public and enrich their reporting. Of course, this methodology doesn't differ much from past strategies, according to the American Press Institute.

For decades journalists have combed through libraries and public records offices for hard information that will buttress their sources. The tools have simply changed. Now, these professional storytellers can leverage online portals, application programming interfaces and cutting-edge coding languages to present data-based insights in new, more exciting ways. Additionally, increased data access allows the press to more effectively fulfill its role as the fourth estate, as reporters can easily get ahold of government data.

The rise of data journalism has made it easier for newspapers and other outlets to prove their worth to consumers via unbiased information.

Broadcast news builds momentum
While print-based operations have experienced a definitive downturn in recent years, broadcast news companies continue to thrive. Why? More than half of Americans get their news from television stations, Pew Research Center found. For instance, Fox News attracted 2.4 million prime time viewers per day last year, according to Nielsen data published in U.S. News and World Report. CNN fell slightly behind Fox but saw a 76 percent increase in viewership over 2016. MSNBC finished third in the cable news standing. However, the channel did see viewership jump more than 84 percent on the year.

Why has there been so much growth in this particular journalistic segment? For one, television is more accessible than print or even digital products. Secondly, channels like CNN and Fox News do not rely on television alone. These media companies maintain sophisticated content delivery networks that drive immense online traffic and leverage social media to spark interest among the general public. This strategy, combined with the rise of IoT and streaming, has lifted cable news to new heights and, in some ways, propped up the journalism industry as a whole.

As the sector continues to find its way in the digital age, Perle will be there to provide the essential connective infrastructure needed for modern news operations. Major news organizations such as the BBC and NBC Universal trust our fiber converters, media converters and industrial switches to get the job done. Connect with us today to learn more about our work in the space.