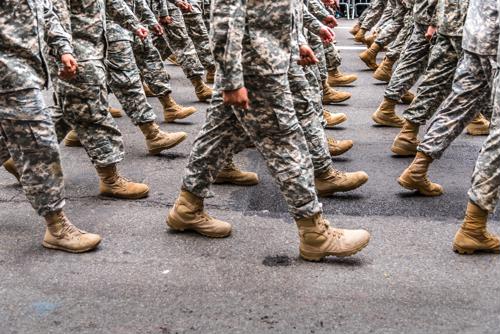 Armed forces researchers have long catalyzed innovation within the technology sector. For example, scientists at the Defense Advanced Research Projects Agency have developed some of the most important inventions to date, including ARPANET, an early data distribution network many consider to be the precursor to the modern internet, according to Business Insider. However, independent firms have orchestrated a sea change of sorts in recent years. Now, DARPA and similar organizations look to the private sector for inspiration, particularly where web-enabled devices are concerned.

A number of recent projects substantiate this role reversal.

Militaries embrace VR and AR
Virtual reality technology continues to gain steam among consumers. Last year, the market surpassed $1 billion and looks poised to develop further as key technologies in the space crystallize, according to Deloitte. Augmented reality applications are on a similar course, opening up new possibilities for organizations that want to facilitate experiences, in addition to offering products. With these developments in mind, militaries across the globe are now entering the market, partnering with private firms to integrate AR and VR technology into training and field operations.

Physicians and scientists at the Army Research Laboratory in Powder Mills, Maryland are also using the HoloLens, according to an Army press release. Personnel employ the device to simulate the effects of bomb blasts and develop new methods for protecting active duty soldiers and treating wounded ones. Developers at the Applied Physics Lab at Johns Hopkins University in Baltimore developed the software used with the HoloLens, which allows researchers to collect actionable data on different types of blasts that can be used when fabricating field equipment or developing treatment techniques.

Some defense investigators are integrating the HoloLens into battlefield-ready applications. For instance, the Ukrainian contractor LimpidArmor is collaborating with Microsoft and the Armed Forces of Ukraine to develop and demo an AR-equipped helmet that allows armored vehicle operators to get a 360-degree view of their surroundings, Digital Trends reported. The device uses specialized software to compile in-depth renderings and can discern between friendlies and enemy combatants.

Drones get an upgrade
Armed forces across the globe use drone technology to conduct reconnaissance and execute aerial strikes. However, few employ the quadcopter models seen in the consumer market. Most military drone pilots operate fixed-wing craft, which are capable of reaching high speeds and carrying hefty payloads, according to Wired. Despite their effectiveness, the craft come with one major challenge. Fixed-wing drones require runways. This makes it difficult to deploy them in remote locations where their services are most needed. Luckily, one private firm has developed a solution to this unique problem.

Aurora Flight Sciences in Cambridge, Massachusetts, has fabricated a computerized portable arm that can literally launch fixed-wing craft into the sky and retrieve them upon return. The portable device is a product of a DARPA-sponsored initiative called Project SideArm. The system can launch and catch drones weighing more than 1,000 pounds and fits into a standard shipping container.

The San Francisco firm Otherlab is also working on new military drone technology, developing disposal models capable of shuttling medical supplies to on-the-ground personnel in need, according to a DARPA project brief. These devices are made entirely of cardboard and can fly twice as far as traditional fixed-wing drones.

With the vast number of technological innovations emerging from the private sector, DARPA and other military organizations are sure to adopt new wireless devices with the potential to transform base and battlefield operations. As the armed forces continue to innovate, Perle will be there to provide the connective infrastructure needed to support computerized training tools, drones and other key operational devices. Our terminal servers support command and control systems for the Department of Defense, enabling military personnel to access essential systems from anywhere in the world, any time they need them.

Connect with us today to learn more about our work in the defense sector.

Back to top
m