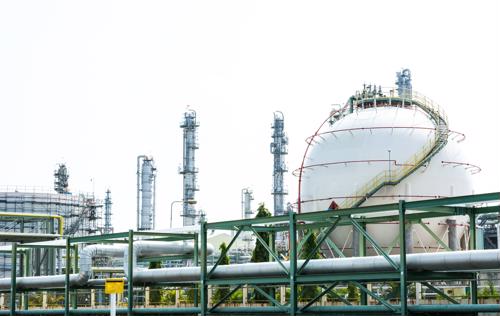 The natural gas industry has experienced considerable growth in recent years due to the continued development of the U.S. shale sector, according to research from the International Energy Agency. Global demand for natural gas is expected to increase at an annual rate of 1.6 percent through 2022, when worldwide consumption will reach 4,000 billion cubic meters. This state of affairs has forced energy firms to modernize their production facilities to achieve maximum efficiency and productivity. Some of this work involves straightforward expansion. For example, the Marcellus Formation, which stretches across a massive swath of land measuring 95,000 square miles and encompassing portions of five U.S. states, is in line for expansion, according to Energy Information Administration. Other natural gas providers are embracing internet of things technology in an effort to bolster production and meet rising demand.

Connected devices offer immense potential for organizations in the industry, facilitating streamlined operations across numerous departments, including environmental health and safety, and operations. A significant number of businesses are investing in these fixtures as a result, catalyzing immense growth in the oil and gas IoT market. The space is expanding at a compound annual growth rate of over 24 percent and expected to surpass the $30 billion mark by 2026, according to projections from BIS Research. What IoT fixtures are natural gas producers targeting in this adoption push? Here are some prominent examples:

Addressing leakage with advanced sensor technology
In October 2015, a natural gas production facility in Aliso Canyon, just outside of Los Angeles, suffered a catastrophic leak, the Los Angeles Times reported. The Southern California Gas Company, the firm that managed the site, immediately reported the rupture to regulators but the response was slow. The leak remained open for approximately 112 days before crews managed to plug it in February 2016. Over that span, the facility spewed more than 97,000 metric tons of methane gas into the atmosphere and directly affected families living in nearby Porter Ranch. In the end, the leak proved to be the largest in history, according to researchers at the California Energy Commission, the National Oceanic and Atmospheric Administration and the University of California.

With this ordeal in mind, many natural gas firms have begun searching for new safety solutions capable of preventing such situations from occurring or at least facilitating faster incident response. A good number have turned to IoT. Connected leak sensors have been around for more than a decade. Back in 2006, one technology firm rolled out an airplane-based gas sensor that leveraged software to spot leaks, Wired reported. However, this product required the use of clunky on-board computers as well as help from ground crews tasked with converting laser-generated laser light into actionable leak maps. In the years since, the emergence of more compact IoT-based solutions has made these much-needed sensors more accessible.

"The oil and gas IoT market is expanding at a CAGR of over 24 percent and expected to surpass the $30 billion mark by 2026."

Earlier this year, IBM introduced a miniature chip that monitors methane emissions and could replace the expansive and labor-intensive infrared-based leak detection systems in use today, according to Scientific American. This innovation is one of many IoT-powered gas leak detection products circulating the market. In fact, as the Alison Canyon leak raged in in the fall of 2015, NASA monitored it using experimental methane detection sensors that discern the chemical fingerprints of numerous gases, Forbes contributor and technology writer T.J. McCue reported.

While these assets are still in the testing phase, it is no surprise that natural gas companies are looking into such IoT innovations, even in their infancy. Technology that could prevent something like the Aliso Canyon leak from happening again are certainly worth the wait.

Deploying drones
While many firms are waiting to adopt IoT sensors, they are showing less restraint when it comes to another popular IoT asset: the drone. Unmanned aerial vehicles are cost-effective and easy to deploy, making them ideal assets for current IoT deployment strategies. So far, most adopters have implemented drones for inspection purposes, sending these connected devices out to survey critical infrastructure via sensor and camera, The New York Times reported. This approach increases inspection accuracy and saves considerable time, as drones can perform expansive equipment reviews in a fraction of the time it normally takes human crews.

In October, Pacific Gas and Electric deployed an entire squadron of drones in an effort to assess the damage done to its infrastructure by the recent wildfires that torched huge regions of Northern California, according to Natural Gas Intelligence. In the past, the natural gas provider might have sent assessment crews into the affected area but with the drones at its disposal, the company was able to instead gather video and still images without putting workers in harm's way.

This sort of deployment encapsulates the potential of IoT when used within the natural gas industry. And, if this use case is any indication, the technology will only grow in popularity. As more natural gas companies embrace connected equipment, Perle will be there to offer the foundational connective infrastructure needed to deploy gas sensors, drones and other IoT assets at scale.

Connect with us today to learn more about our work within the oil and gas industry.