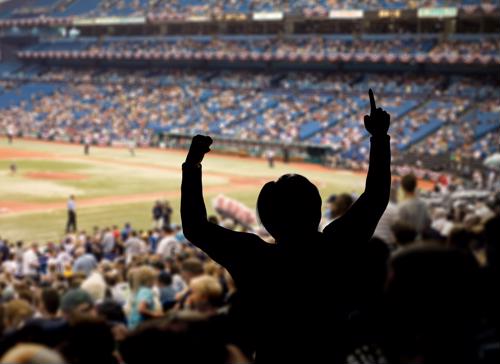 Sports venues, such as stadiums and arenas, are becoming connected hubs where fans can use a publicly accessible Wi-Fi to interact with their favorite teams in new and more engaging ways. A night at the ballpark, in particular, is becoming a richer, more connected experience as Major League Baseball is working hard to advance its Wi-Fi options in stadiums.

The MLB Advanced Media Group has long been among the leaders in sports-technology integration. The people behind MLB.tv, one of the revolutionary over-the-top television services that has pushed sports media into a new era, have continued to push the envelope in baseball. In recent years, this has included such plans as installing advanced real-time tracking tools that monitor players in action, deliver that data to broadcasters in near real time and allowing those television stations to add data layers over replays to enrich the fan experience. MLB Advanced Media is also driving innovation by working to put Wi-Fi in all MLB stadiums, and the St. Louis Cardinals recently hopped on the bandwagon.

"MLB Advanced Media is driving innovation by working to put Wi-Fi in all MLB stadiums."

Cardinals put Wi-Fi system live
The Cardinals spent the offseason, among their usual baseball-related practices, installing a large-scale Wi-Fi network that covers the entirety of Busch Stadium. The system features more than 740 wireless access points which have been interconnected through approximately 30 miles of CAT6a cables and 11 miles of fiber-optic cables. The project took approximately 10,000 man hours to be put together, but it has culminated in a live Wi-Fi network that provides free connectivity for visitors to the ballpark.

Perry Yee, director of information technology for the Cardinals, explained that the organization is particularly excited about how the new connectivity will allow fans to share their experiences at Busch Stadium with their friends and families.

"We are thrilled to offer Cardinals fans, and all guests to Busch Stadium, the ability to connect to free Wi-Fi throughout the stadium," said Yee. "The free Wi-Fi system will improve the fan experience around the ballpark and give fans a greater opportunity to share their experiences and keep up on all things baseball while attending a Cardinals game."

3 tools to streamline stadium-scale network projects
The MLB hopes to soon have Wi-Fi systems like the one in Busch Stadium at every MLB ballpark. Sports venues that want to keep up with the pace of innovation being set by the MLB need to streamline their network deployments. A few tools that will help you accelerate your large-scale Wi-Fi system deployment include:

1. Media converters
As the Busch Stadium project shows, the scale of stadiums and arenas will demand ample use of fiber-optic cabling to handle long wiring runs that need high quantities of bandwidth. Media converters make it easy to switch between copper and fiber cabling systems based on your needs at any time, making them an invaluable tools for such ambitious projects.

Busch Stadium in St. Louis is now among the sports venues where public Wi-Fi is available throughout the facility.

2. Industrial Ethernet switches
Stadiums can be faced with temperature extremes, dust, vibrations and humidity over the course of a season, and switches housed in outdoor enclosures must be protected against these conditions. Industrial Ethernet switches can handle the rigors of operations in a stadium. This lets you establish high-performance connectivity systems with relative ease, reducing the total cost of ownership of the network as resilient equipment will likely need fewer repairs and have a longer service life than less hardy alternatives.

3. Advanced cabling systems
As shown by the Cardinals' choice of CAT6a copper cables and six-strand fiber, the wiring demands of stadium-scale networks are considerable. Between bandwidth challenges, the need to maintain performance in diverse conditions and the importance of future-proofing, organizations must prioritize cable quality and not exclusively focus on price during a major Wi-Fi project.

Building a huge wireless network like the one at Busch Stadium is never easy, but there are plenty of ways to simplify the process with the right tools.