Paris Agreement climate deal pushing ahead: What does it mean for your data center? 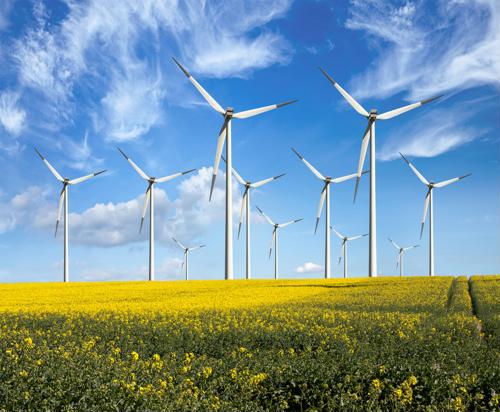 Wold leaders have been gathering in Paris for years to discuss the state of the global environment and set benchmarks for how countries can work to reduce carbon emissions. As recently as a few years ago, many experts were extremely pessimistic that these conversations would breed any meaningful results in terms of international cooperation on environmental sustainability. According to a recent report from The Washington Post, we're now looking at a vastly different situation - the urgency around carbon emission reductions has grown to such an extent that approximately 160 countries are expected to sign the Paris Agreement on the first day of the signing period, which would put the deal years ahead of schedule.

"The Paris Agreement cloud be years ahead of schedule."

A quick glance at the Paris Agreement
The conversations in Paris have centered around keeping global warming down to a rate below 2 degrees Celsius relative to temperature data from prior to the industrial revolution. The news source explained that many experts believe that the 2-degree target will be impossible to hit at this point, but countries are increasingly aware of their need to get moving on limiting emissions. Some island nations are trying to reduce the target to 1.5 degrees because the urgency of halting global warming is so great.

The Paris Agreement essentially boils down to a pact that countries involved will set their own carbon emission reduction goals, submit them to the U.N. and continue working to meet those goals for an extended period before changing plans, the news source explained. Countries can report back to the U.N. with new proposed strategies as needed, but it would take at least four years for a new political leader to withdraw from a strategy set forth as part of the Paris Agreement. The deal isn't so much about setting an international standard for carbon emission reduction as it is about unifying nations around a common goal and creating a framework for global reporting on progress.

According to The Washington Post, the rapid advance of the Paris Agreement is a landmark deal because it highlights just how much the global community is emphasizing the battle against global warming.

All of this begs the question - what does the deal mean for data center operators?

Data center operators and greenhouse gas emission reduction
The data center sector is one of the most power-hungry industries in the world, and energy challenges are only rising as mega data centers emerge to meet the demands of an increasingly IT-centric world. The Paris Agreement will not likely leave U.S. data center operators facing major pressure to change their plans as the U.S. has already been pushing for sustainability advances, but the international deal does create a new sense of urgency around these initiatives.

Even modern, innovative data center operators probably don't have as much room to experiment as tech giants.

Tech giants including Google, Microsoft and Facebook have already begun leading the way toward sustainability. They have served in the vanguard of these advances with strategies ranging from free cooling to using waste water for cooling and even submerging data centers on the coastline and using ocean currents as a power source.

Chances are your company doesn't have the IT budget to take on many of these ambitious tactics. at the same time, you've probably already tackled the most obvious strategies, such as using aisle containment to keep energy costs down by enacting a greater degree of airflow control.

The maturity of sustainability conversations in the U.S. data center industry presents challenges for operators and managers trying to take energy efficiency to another level. Most organizations have already scooped up the low-hanging fruit that was there for the taking a few years ago. What's the next step? These two strategies can help you take sustainability to another level and, though they are more complex than classic standbys, they can prove instrumental to making major sustainability strides:

1. Fiber-optic cabling
Network infrastructure is among the greatest barriers to smooth airflow pathways within your data center. Overloaded cable ducts are not only a safety hazard, they also take up valuable real estate above server racks - space that you need to keep as open as possible to ensure exhaust air moves away from servers. At the same time, bundling copper cables to achieve high-performance capabilities out to racks and cabinets can lead to structured cabling strategies that create a veritable wall of wires behind machines, making it difficult to get cool air into servers and hot air out.

At the same time, electromagnetic signals traveling over copper wires generate small amounts of heat, something that can add up when you have groups of cables bunched together to achieve advanced standards like 10GBASE-T and 100GBASE-T. As network throughput demands continue to rise in data centers, the environmental costs of maintaining copper cabling systems can be severe.

Fiber-optic cabling can have a surprisingly huge impact on data center airflow management.

A single fiber-optic cable can often achieve what would otherwise require 10 copper wires working in tandem. Furthermore, fiber doesn't generate heat and is easier to protect against electromagnetic interference and alien crosstalk. This means that you use fewer materials to deploy the cables - you don't need as much shielding, for example. It also ensures that your cables take up less space in the data center, making it easier to establish optimal airflow strategies.

Implementing fiber-optic cabling in strategic data center network links allows you to take another step toward sustainability while improving network performance. Media converters can play a key role in supporting this strategy by making it easier to integrate fiber and copper side by side without detracting from performance.

2. Microgrids
Smart grid technologies have evolved to the point that data center operators can reasonably combine smart meters, energy storage systems and partnerships with renewable generation sites to build their own microgrids. This is a fairly ambitious strategy, but microgrids have begun to move past early adopter stages into more mainstream use. Navigant Research estimates microgrid capacities will grow from approximately 1.4 GW in 2015 to 7.6 GW in 2024.

Implementing microgrids enables data center operators to employ such strategies as on-site wind and solar power generation without taking on many of the risks that come with variable renewable resources, allowing them to reduce ongoing energy costs while bringing down carbon emissions.

Serial-to-Ethernet terminal servers empower organizations to interconnect their data and operations networks with the specialized serial equipment often used within power systems, giving them the control and intelligence they need to optimize microgrids alongside data center energy needs.

There may not be much left in the way of easy, low-hanging fruit when it comes to data center sustainability. However, stepping up to another level of sophistication can not only improve sustainability, but give data center leaders access to more reliable, high-performance network and power resources that drive business value while also cutting carbon emissions.