Retool your data center's roster in the offseason to improve efficiency 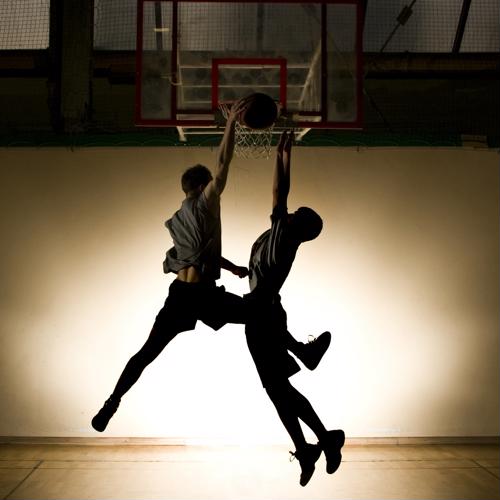 With Q4 of 2015 just around the corner, many companies operating data centers are looking to upgrade the efficiency of their infrastructure, anticipating the influxes of network activity and customer data that come with holiday season. Like a coach in the NBA's offseason, IT managers face critical decisions moving forward with regard to the resources at their disposal. There's no chance for a championship or data center efficiency improvements unless the right pieces are in place.That's why it makes sense to take a hard look at your facility's infrastructure roster, identify room for improvement and determine if the the company has sufficient cap space to bring in new bodies.

There are plenty of ways to score infrastructure victories and make the network run more smoothly. What's important is that data center employees adopt a common approach to optimization and leverage this strategy to its fullest. A "go-hard-in-the-paint" approach to optimization solutions is necessary to make a lasting impact on data center operations. Sink the following go-ahead efficiency buckets to get your team headed in an productive direction come the beginning of the season.

Turn your data center operations into a slam dunk by setting up these efficiency plays.

Use the cloud to enhance data center operations
The benefits of mixing on-site storage and cloud resources are more real and accessible than ever. BizTech Magazine reported that several companies are moving applications and certain utilitarian data categories off site and onto the servers of a third-party cloud provider. As a result, on-site data centers shore up more resources to dedicate to operating mission critical applications. Think of third-party cloud providers as your data center's D-League. If information is too unimportant to require tight security monitoring or won't be relevant to the company for a few years, then there's no reason to keep these assets on the roster.

Avoid overcooling the facility to save on energy bills
One of the most common IT efficiency mistakes that continues to negatively impact data centers is overcooling. Much like overpaying for a veteran who is subsequently injured over the summer and stuck on the bench all season, overcooling the data center is the epitome of poor resource allocation. Thankfully, Data Center Knowledge noted several strategies that your IT team can deploy to solve the issue.

Continuous temperature monitoring and smart sensor placement will make it simple to identify where overcooling is occurring, but getting those technologies to play together effectively on the court with the rest of your equipment is easier said than done. Thankfully, cost-effective glue-guy network gear like serial servers can be used to link equipment via Ethernet ports. The same tools can be used to link DCIM and sensor management technology to your data center.

Bring in a specialist to consolidate servers within a virtual environment
Much like an NBA team with more backup point guards than assistant coaches, a bit of consolidation is necessary to prevent your data center resources from becoming overextended. After all, it takes a diverse set of role players, including a few specialists, to build a contender. For instance, IT teams attempting to consolidate their servers into a virtual machine environment are often limited by COM port availability of each VM.

The problem can be easily circumvented if team leadership is willing to make the right trade. In this case, that strategic move would be to invest in a serial server equipped with the TruePort functionality. This feature allows IT teams to overcome these port limitations and link a single virtual server to thousands of devices.