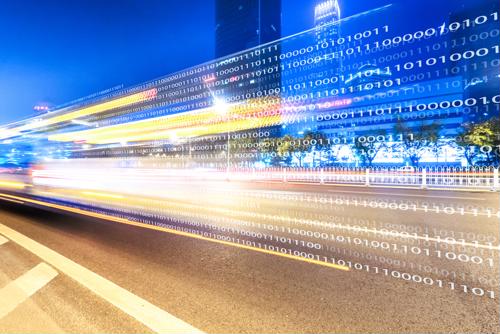 The city of Columbus, Ohio, is a leader in driverless shuttle service innovation. Smart Columbus, in partnership with a division of the Ohio Department of Transportation called DriveOhio, first launched a pilot program testing the technology in 2018. The program was a success, ferrying over 16,000 commuters across 19,000 miles.

A second pilot program, dubbed Linden LEAP (Linden Empowers All People), launched in February 2020 with an operational cost of $2.3 million. When the combination of a passenger incident and the COVID-19 pandemic impacted operations, the program shifted from a passenger shuttle service to a food pantry delivery service in July 2020. The program ran until April 2021 and delivered approximately 130,000 meals.

The city of Columbus plans to share the successes of the driverless initiative with other cities to increase the possibility of autonomous city transportation services.

Defined as a virtual representation of a digital counterpart or physical object, a digital twin offers real-time analytical insight into a replicated source. This technology is being used to increase the data-sharing capabilities of city planners as they forecast the changes necessary to city infrastructure.

The AI-powered ability of digital twin technology allows for the analysis of big data, creating predictive models of everything from future road work timeframes to population increases. Plans can be simulated before approved implementation, allowing architects to forecast the impact on a city's housing, wireless networks, traffic congestion and beyond.

As highlighted by a report published by Challenge Advisory, everything from urban planning to land-use optimization can be extrapolated safely in a virtual, simulated environment to expose problems that could be decades down the road.

Streetlights that detect pedestrian traffic and work harder to illuminate walkways at night? According to a recent Tech Target report, IoT sensors are making this technology an urban reality. Built-in cameras coupled with the latest sensory detection hardware are equipping streetlights with features like weather detecting barometers and wifi hotspots.

The benefits go beyond convenience – as the report illustrates, the U.S. Federal Highway Administration's regulated system integrates emergency notification software and intercoms to aid in alerting authorities in the event of an emergency.

The ever-expanding implementation of IoT technology is connecting urban centers in new and exciting ways across a variety of industries – and Perle solutions are there to enhance connectivity every step of the way.