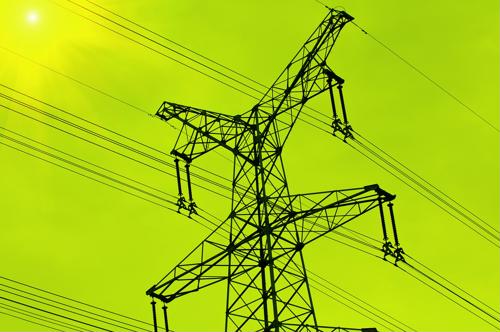 The electric grid is made up of architectures that have endured for almost a century. The core model is fairly simple. Power is generated at site capable of delivering large quantities of energy and moving that power out to different utilities and electricity providers. From there, operators deliver power out to substations, which then carry it the last mile along power lines to homes and commercial sites. The system worked well for a long time, but it also presented plenty of limitations that have been exposed in recent decades. A move toward grid modernization has been taking hold in many parts of the world, with smart grid technologies and the Internet of Things movement coming together to fuel this change.

Looking at the smart grid and it's potential impact on utilities
Smart grid is the terminology used to refer to a collection of technologies that eventually come together to add a layer of intelligence by taking advantage of network technologies. This is accomplished by gathering data from various grid components in near real time and putting that information into the hands of end users so they can make better decisions. Accomplishing the flexible, dynamic operational environment requires that utilities:

Putting the IoT in a grid context
The Internet of Things could play a growing role in smart grid setups as the connected devices, APIs and other architectures underpinning the IoT can help grid operators successfully integrate data into everyday operations. IoT tools used in the utility sector can give operators ample devices to track operations across the grid. Specialized solutions will likely be needed for a wide range of applications, but the growing variety of IoT systems already on the market can help utilities set a stronger foundation for smart grid systems.

IoT and smart grid intersecting
According to a recent report from Electric Light & Power, the IoT has begun to emerge as a critical tool within smart grid systems. Essentially, the smart grid has served as a showpiece for what a fully-featured IoT future could look like. Utilities with seemingly countless devices connected on a common network are already beginning to share data seamlessly across device channels and integrate that information into everyday operations. This is fueling considerable operational benefits, but also creating a working climate in which network connectivity is becoming critical.

The news source explained that utilities have begun to implement IoT capabilities in their smart grid setups to improve monitoring and management functionality, and approximately 70 percent of respondents to a Utilities Technology Council KPI benchmarking survey explained that they plan on investing in communications systems to further these capabilities.

Establishing network infrastructure to support the smart grid
If communications are so central to the smart gird, utility operators must seriously consider strategic network upgrades in order to support new technologies and services. A few key network considerations include:

Creating a network that is capable of supporting smart grid operations hinges on being able to interconnect a wide range of devices across extended distances and using diverse protocols. This can be technically overwhelming, but strategic hardware investments in solutions such as media converters and terminal servers can smooth many of the compatibility gaps that can come up at any time, and make it easier to establish an effective smart grid system.

Perle offers a range of cost effective serial-to-Ethernet converters to help meet NERC-CIP compliance for the protection of critical cyberassets in substations. The IOLAN SDS HV/LDC Terminal Server is designed to meet harsh environments associated with Power Substations with attributes such as support for substation AC and DC voltage ranges, extended operating temperatures and meeting emission, immunity and safety approvals associated with substation IT equipment.