Space-related IoT projects that will surprise you 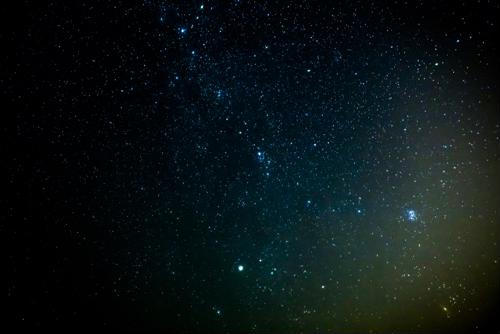 Disruption occurs when multiple technologies converge, and now, with public-private partnerships and privately-owned space companies expanding into the final frontier, the sky is no longer the limit. The IoT is enabling technology beyond the atmosphere as well.

NASA's IoT Lab
The Internet of Things had demonstrated so much potential that, back in 2015, the National Aeronautics and Space Agency (NASA) created a lab dedicated to the study of IoT and space-related applications. NASA set up a lab at the Johnson Space Center and created four teams to research multiple aspects of IoT: security, protocols and monitoring, data analytics and end user experience. In addition, they set up virtual labs at six other NASA locations, including Goddard Space Flight Center and the White Sands Testing Facility. The project included studying 20 different connected devices and the data collected from them. Results of the study were used to gauge the usefulness of specific devices for the agency.

NASA and Stanford University — a spacey team
In 2019, NASA and Stanford University formed a partnership to launch over 100 micro-satellites into the mesosphere. The mesosphere is a section of the atmosphere that is too low for larger, standard satellites, but higher than can be reached by planes or balloons. The tiny satellites each measured 3.5 x 3.5 centimeters, about the size of a standard postage stamp. Also called sprites, or ChipSats, these miniature circuit boards can be customized for a variety of uses, from gathering data about weather patterns or wildlife migrations, to communication devices that could potentially transmit as far as Mars. The ChipSats were contained and deployed from a larger satellite unit, called a CubeSat. The IoT ChipSats were built for about $100 each.

Starlink: The Internet game-changer
If you think that sending a hundred or so mini-satellites into orbit sounds like a big deal, take a look at Starlink. Starlink is a satellite internet company with a mission to sell high-speed, broadband internet anywhere on the planet, particularly to populations where access is challenging or nonexistent. The cost of the 10-year project is 10 billion dollars. Starlink is the brainchild of Elon Musk, the CEO of multiple companies, including SpaceX, Tesla and The Boring Company. Starlink uses the IoT as part of it's functionality, as well as boosting IoT connectivity for its users down below. A constellation of thousands of satellites in low orbit, some as small as a baseball, inexpensive to produce and expendable has a way of doing that.

You can check out any time you like
IoT applications will prove useful in the day-to-day operation of the world's first space hotel, Voyager Station. This ambitious enterprise is slated to begin construction in 2026, with the doors opening (metaphorically speaking) in 2027. An off-world trip to this exclusive address will cost about $5 million dollars. If you are going, plan on the trip taking about 3 ½ days to get there via SpaceX. The technology is based on the rotating wheel space station concept, with gravity more pronounced near the outside of the station. Construction is to be done by Orbital Assembly Corporation, run by John Blincow, a former pilot.

A mixed-use office park — in space
If office space is tight in your town, consider what Orbital Reef's anchor tenant, NASA will be doing–opening an office in orbit.

First announced on October 25, 2021, Orbital Reef is a joint venture between Blue Origin and Sierra Space. Touted as the "premier commercial destination in low Earth orbit," Orbital Reef is planning a flexible architecture to allow for a wide range of commercial use: space agencies, nations without space programs, tech, media and travel companies, entrepreneurs and investors. The facility will allow for research, industrial, and commercial customers a one-stop-shop with all amenities including transportation, accommodations and operations, along with an onboard crew. Earth accommodations at an office park might feature views of the ocean, but here, modules feature views of Earth and an opportunity to experience weightlessness.

The International Space Station is retiring at the end of this decade, and Orbital Reef is positioning itself to be a next-level option. The commercial sector needs a replacement that will give the U.S. a permanent presence in space and enable the current research on the ISS to continue. Orbital Reef is an out-of-this-world solution.

Perle can support your efforts to implement IoT structures in your company to stabilize risks against uncertainty, fast-track response, and grow your business. Read our customer success stories to learn more.