Surprising locations will host the next generation of data centers 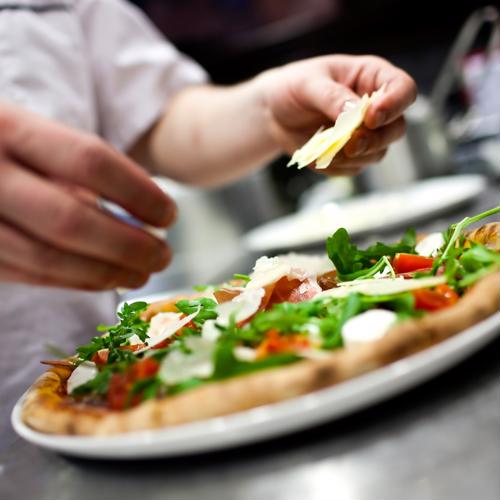 A nearby supermarket. The local Pizza Hut. Your old high school. What do these three and many, many other locations have in common? Each have the potential to become data centers one day in the near future. The reality is that companies small and large across every sector are becoming more dependent on the information archiving and number crunching abilities of a data center, noted Wall Street Daily.

These data centers take up plenty of space, and they've got to go somewhere. That's why companies, colocation providers and DIY firms alike, have gotten considerably less picky about where they build their facilities. It turns out that data centers don't need to be built in remote stretches of the Midwest or on the fjords of Norway to run a cost-effective facility. Sweet real estate deals can go a long way toward managing expenses, and the right network gear can help companies overcome any hurdles they meet along the way. Organizations interested in upping their data center game can get a head start by researching the latest wave of unexpected data center locations for ideas.

Sears turns dusty shelves into data center racks
Sears has long been known for its diversification, so it's not completely surprising that the company would begin branching out into data center hosting. With legions of department stores shutting down, the century old brand has decided to convert suitable standalone stores, auto repair shops and distribution centers into data center real estate in order to make a better return on their longstanding property investments. The process began in 2013, when the retailer's new data center division began evaluating its holdings to find buildings fit to house rows and rows of server racks.

Not all of Sears' defunct department stores will be right for data center conversion, according to InformationWeek. Despite the ample room provided by clearing out hundreds of petite and hardware sections, only facilities with sufficient power supplies, data connections and cooling setups will make a successful transition into data centers. These requirements are considered in the design and planning stages of buildings constructed specifically to become data centers, and not all department stores will have the hookup and data access necessary to meet these criteria. Smart investments in architecture will allow the department store chain to make its old facilities suitable for data storage with minimal extra costs.

Big industry makes way for big data
The Schulze Baking Company, located on the Southside of Chicago, is a warehouse that was originally constructed in 1914, and enjoyed a long history of hosting big names in the bakery business, including Hostess. Looking to generate a different type of dough with a fourth data center, operator 1547 Critical Systems Realty is in the process of transforming a 230,000 square foot dilapidated factory into 52,000 square feet of data center space, while simultaneously adding to separate substations to deliver a total of 10MW of power. The total investment will amount to $130 million, said Data Center Dynamics. 1547 plans to open its doors in 2017, with additional projects to add 100,000 square feet and 16MW of generation queued up in the company's pipeline.

Google sinks a steep $600 million into an Alabama factory renovation
Google is recycling an aging coal power plant into a high-tech, renewables-powered data center in a move that is nearly as on-the-nose as it is expensive. In addition to supporting Google's pledge to (eventually) run its data centers on 100% green energy, Google's conversion of the building also facilitates the industry leader's extensive computing capacity needs. After all, Google's diverse digital service offerings mean that its data centers need to be flexible and robust enough to manage activity as diverse as Internet searches, photo storage and digital video streaming, according to the Star Tribune. Google's conversion will mark its 8th facility in the United States and its 14th data center worldwide.

Strip malls and shopping centers are the way of the future
Though the recession has ostensibly receded, a long list of retail spaces like malls and shopping centers have yet to fully recover. This is a boon for small and medium businesses and regional colocation providers alike, as the death of the strip mall and the rise of online delivery have created a perfect storm of available real estate. Market researcher CoStar Group indicated that strip mall vacancy hovers just above 10 percent, while rents have declined by 12 percent over the past five years. Likewise, shopping malls, once filled to the brim with pen engraving services and sword shops, have seen an epidemic of vacancies and their rents fall by 16 percent since 2010.

Support your local businesses lest they become data centers.

Flexibility and creativity make expansion more cost-effective
While big names in the business have no issue with tossing millions of dollars at data center renovations, most companies and colocation specialists are far more interested in getting as much data center for their money as possible. Key to IT teams minimizing costs and boosting efficiency is a clearly defined set of needs and future-proofed strategy for growth.

For example, companies interested in extending their data storage space by purchasing the business next door, for example, will have do more than break down the walls and roll out more cable. Unless facility managers are bent on making expensive investments in new fiber-optic cables, a high-performance media converter acting as an Ethernet extender and copper cables will ensure every piece of new equipment is successfully added to the network.

Likewise, those companies interested in taking advantage of a great real estate deal can run and access off-site data centers by way of a remote console server. Those IT teams most familiar with their own company's needs and willing to think outside the box in terms of hardware will have the most success with expanding into the new spaces being made available for data center growth.