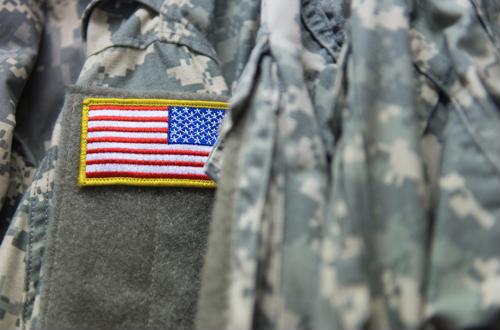 Metropolises worldwide are investing heavily in smart city technology. The global marketplace for these services and solutions reached more than $528 billion in 2018 and is expected to exceed $1.4 trillion by 2024, according to researchers from Mordor Intelligence. However, community leaders and their private implementation partners are not the only ones navigating this ever-expanding technological arena. A reporter for GCN recently connected with analysts from the U.S. Army Research Lab (ARL) who are exploring how long-range wide-area network (LoRaWAN), a common connectivity solution used within smart cities to support internet of things ecosystems, could be deployed on the battlefield.

Mapping the expanding internet of battlefield things
The American military is widely known for employing advanced technology. In fact, the Department of Defense is expected to spend almost $14 billion on technological research and development projects in 2019 alone, as the agency looks to further optimize already sophisticated combat systems. A significant portion of this allocation will most likely go toward programs related to the internet of battlefield things (IoBT), an expansive network of internet-enabled devices meant to improve force readiness and effectiveness. From connected military base solutions designed to protect military families and personnel to wearable biometrics and location trackers designed to lend commanders insight into the physical and psychological states of their service members, the applications are limitless. However, implementation is a major challenge, as deployments typically unfold in locations where establishing reliable connective infrastructure is difficult.

DoD organizations like the ARL are attempting to overcome this particular hurdle by re-imagining commercial IoT technology, per Deloitte.

Exploring an innovative LoRaWAN deployment
The LoRaWAN initiative is among the numerous examples of the military's exploration of consumer-grade hardware and software. The ARL researchers working on the program are developing and refining a vehicle-mounted data transmission solution capable of supporting multiple connected devices in urban environments. The current iteration, which an ARL team tested in Montreal in July 2019, features an existing smart city connectivity framework and transmits information using the 915 megahertz band, a networking quadrant typically reserved for industrial, medical and scientific applications. ARL analysts deemed the trial a relative success, as the solution successfully shuttled data to IoT asset within a three-mile radius of the transmitter.

This sort of connectivity, when fully developed for combat use, could have an immense impact on the modern battlefield — progress made possible by reliable networking technology originally developed for use among forward-thinking city officials and politicians.

As the DoD explores innovative networking deployments of this nature, Perle will be there to provide connective components and frameworks needed to support IoBT ecosystems. Connect with us today to learn more about our work in the defense sector.