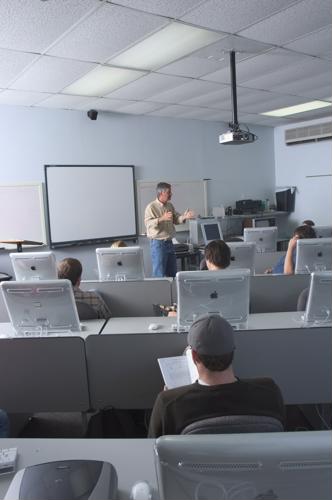 Hulu's IT department had been foiled by scalability problems before, so the team was set on finding a database solution that could grow with their customer base. The company implemented Cassandra through 32 nodes spread across two data facilities across the country. This configuration limits the complexity of Hulu's data center infrastructure and keeps the system easy to use and learn.

The adoption of Cassandra in this scenario is particularly interesting because it may set precedent for competing video-on-demand services as they grapple with the challenges of delivering high-quality streams to legions of customers. Cassandra was eventually chosen over Hbase and Riak for its ease of use, scalability, and performance. Both Hbase and Riak boasted advantages over Cassandra, but Hulu's IT team ended up working with the program they felt offered the most well-rounded solution.

The CIA joins the cloud
Amazon was selected as the cloud service of choice for the nation's 17 secret intelligence agencies, Amazon won big by securing the contract, despite IBM's best efforts to disrupt the deal in court. Furthermore, the partnership is a victory for the profile of the cloud. Corporate decision makers are bound to look at the public cloud a bit differently while it hosts the CIA's classified databases. Each of the 17 intelligence agencies making use of the cloud also participated in the accreditation process and vetted Amazon's security infrastructure, reports Defense One.

Like many tech companies, the CIA sought out a cloud storage solution as an alternative to managing and powering its own expansive data centers. Amazon's success in securing the CIA's business also reflects the flexibility of hybrid cloud services.

Aging technology crashes the web
Several of the Internet's top ISPs were confounded by outages in August as the result of a surprising simple hardware failure. ZDNet explains that the issue was caused by several Border Gateway Protocol routing tables being overloaded with Internet traffic. As a result, the Web's critical routers were unable to facilitate Internet traffic and Internet service providers experienced systematic crashes. The major ISPs were slow to comment on the issue but it is clear that the Internet is in need of updates to its infrastructure. The push to update the Internet may prompt systematic hardware fixes across the country, such as fiber-to-Ethernet upgrades for facilities that are still hampered by copper-only connections.