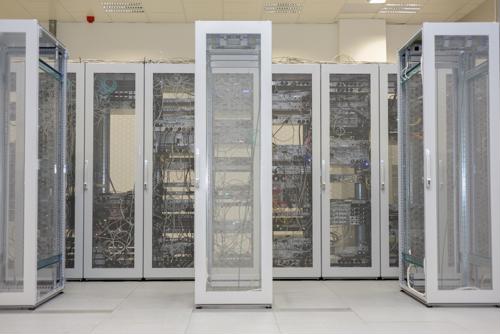 Data released by the International Data Corporation predicts that the new data centers will continue to be built until 2017, when the total number of facilities hits just over 8.5 million, according to Data Center Knowledge. The IDC's report also predicted that this number will act as a peak before the total number of data centers begins to shrink, reflecting the changing demands of IT customers. Facility decision-makers will have to prepare for shifts in innovation that enhance an IT staff's ability to consolidate its space or quickly take advantage of a larger location.

More space, fewer centers
While the total number of data centers is headed for its peak, the data center capacity needs of the industry are still rapidly increasing. Companies are responding to this reality by closing smaller, less-efficient data centers. In their place, IDC's report expected a rise in "mega data centers," facilities over 225,000 square feet or those facilitating a volume of racks that totals over 9,000. Though many of these mega data centers will be operated by a single organization, the approach will help smaller companies to share the burden of their growing data center capacity.

Colocation going strong
Growing data center capacity has helped keep the colocation industry thriving, and will continue to drive the service as the total number of data centers reaches its peak. Infiniti Research estimated that colocation services will contribute toward a 22 percent jump in new data center projects from now until 2018, reported IT Business Edge. The timing of this trend seems far more than coincidental. The data reflects industry leaders recognizing the need create more space where there is none, ensuring that the world's surging data center square footage becomes more space-efficient as well.

Modular centers dot the path
IT Business Edge noted that much of the push for colocation over the next four years will be facilitated by increased investments in modular data centers. Increasingly robust modular containers create an opportunity for greater flexibility in how data centers are built and operated. In the meantime, IT staffs can experiment with modular data centers when companies decide to consolidate or streamline their data center infrastructure. Between the space-saving benefits of modular hardware and clever organizational strategies like extending legacy broadband cables with fiber to Ethernet solutions, IT staffs will have plenty of practices for upcoming changes to the data center.