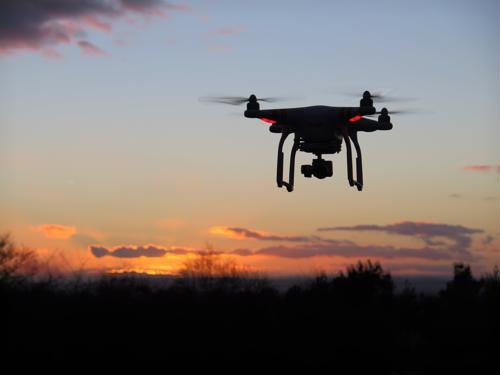 The U.S. Coast Guard patrols more than 4.5 million square miles of ocean stretching across nine time zones. This area, deemed an exclusive economic zone under international law, sees significant marine traffic, including drug-smuggling activity. The military branch has traditionally deployed cutter boats to the EEZ, using these 65-foot craft to monitor massive swaths of the open ocean and intercept narcotics traffickers bound for U.S. shores. In February 2016, the Coast Guard sent the USCGS Stratton, based in Alameda,California, roughly 3,100 miles south to the Guatemala-El Salvador border, according to The Associated Press. However, the vessel carried an extra piece of equipment never before seen on any Coast Guard cutter - an unmanned aerial vehicle.

This deployment was part of a branch-wide effort to embrace connected technology. From drones to advanced data security systems, the Coast Guard is actively future-proofing its fleet and command and control outposts in an effort to address new, more sophisticated threats.

A fixed-wing solution
For decades, the Coast Guard has relied on cutters to monitor and protect EEZ waters. These efforts have been largely successful. On an average day, the branch seizes more than 1,200 pounds of cocaine and screens nearly 330 vessels entering U.S. coastal waters, according to research from the Department of Homeland Security. Some South American nations even rely on the branch to handle their narcotics interdiction operations, allowing American military assets to enter their sovereign marine territory and conduct raids. However, these operations require immense manpower. With budgetary constraints increasing, maintaining this level of activity has grown difficult.

With this in mind, the Coast Guard authorized the Stratton to deploy with drone technology onboard. Last winter, the vessel waded into the waters boarding Latin America, where an estimated 70 percent of all the cocaine consumed in the U.S. is transported. The cutter featured the Boeing-made fixed-wing drone ScanEagle, which a pilot used to spot "targets of interest." Over its three-month deployment, the Stratton managed to catch numerous smugglers with the technology, further bolstering the capabilities of a branch that already experiences great success.

"In the earlier days, when you wouldn't see or catch anything, we used to pat ourselves on our back and say we must've deterred them," Admiral Paul Zukunft, commandant of the Coast Guard, told the AP. "Now rarely 72 hours go by when you don't have an event or we send a ship down there that doesn't come back with multiple interdictions."

Protecting critical digital infrastructure
In addition to rolling out new connected technology meant for operational use, the Coast Guard is adopting advanced backend systems designed to protect critical marine infrastructure. In June 2015, the branch released its long-term strategy for addressing cyberattacks, which included provisions for developing a "specialized cyber force." The Department of Defense allocated more than $27 million to this initiative for the 2018 fiscal year.

So far, the program has facilitated some success. Last November, the Coast Guard collaborated with the National Institute of Standards and Technology to develop new standards for the development of marine computer systems that support the movement of volatile liquids, according to the Coast Guard Maritime Commons.

"Operational technology, now more than ever operates valves, pumps, sensors, control gates, cameras and performs many other vital safety and security functions," Lieutenant Katie Braynard explained in an article for the publication. "Cyber attacks could lead to significant consequences."

These efforts indicate that the Coast Guard is heavily invested in integrating connected technology into its operations, as well as developing new systems to protect those assets. As this branch and others in the defense sector improve their capabilities, Perle will be there to provide the networking infrastructure needed to support workflows centered on the internet of things. Connect with us today to learn more about our work with the Coast Guard and the other military branches tasked with protecting the country.