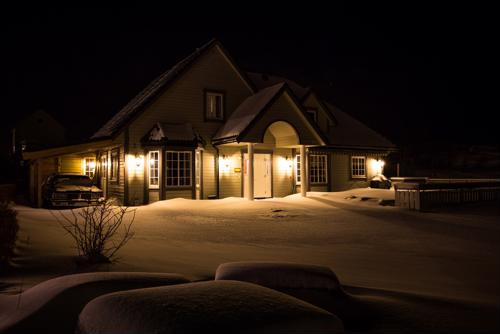 Sensors are the components of a device that allow it to sense and respond to the environment. They're used in all kinds of technology and can measure anything from temperature and pressure to acceleration and humidity. There are many different types of sensors, but they can generally be divided into three categories: proximity, touch and environmental.

Proximity Sensors: As their name suggests, proximity sensors measure the distance between objects in an environment. They do this by using radio waves or infrared beams to detect when something is nearby. One example of a proximity sensor is a gyroscope, which measures orientation, angular velocity and angular acceleration. They're used in many different industries such as automotive, consumer electronics and aerospace. Gyroscopes are also used in smartphones to help with navigation by using the compass sensor to determine which direction the phone is facing.

Touch Sensors: Touch sensors can notice when someone is touching a surface, such as a touchscreen or a button on a remote control. Some common touch sensors include resistive, capacitive and infrared sensors.

The resistive type consists of two layers of conductive material separated by an insulator. When pressure is applied, one layer is pushed closer to the other and the electrical resistance changes. This change in resistance can be measured and interpreted as the amount of pressure being applied by the user. The capacitive sensor, on the other hand, is made up of two layers, one that has a uniform electric field and the other with a conductive material. When an object touches the conductive layer, it alters the electric field in this layer and generates an electrical signal.

Environmental Sensors: Environmental sensors measure things like temperature (thermal sensor), light (light sensor), sound (microphone), or even wind velocity (anemometer). These sensors are widely used in many of the gadgets we rely on every day, from our smartphones, automated homes, cars and even office equipment that has a connection to a network.\

The future of sensors in IoT is incredibly exciting. Along with the advent of new technologies, sensors are now being embedded into more objects and devices than ever before. It's compelling to think about how every industry and sector has integrated sensors – and the world of IoT – into their business processes to speed up efficiency, provide convenience and make workflows more intelligent than ever before.

Perle is proud to partner with IoT device manufacturers by offering serial to ethernet solutions. To learn more about how Perle provides efficient, reliable connectivity via industrial switches and terminal servers, visit our Case Studies by Industry page.