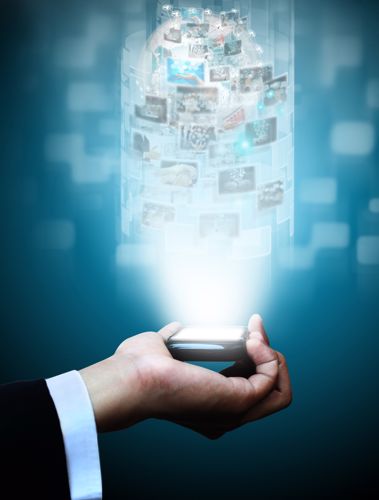 The Internet of Things (IoT) has enabled a wealth of new technologies thanks to the connectivity of today's smart devices. Sourcing information on mobile phones is easier than ever, and one of the more popular ways users interact with their devices is through mobile voice assistants.

Whether telling an artificial intelligence (AI) powered assistant to play a favorite song, or asking for a search engine's recommendations on local restaurants, the ease-of-use and convenience of this technology is readily deployed – but is widespread usage of virtual assistants (VAs) on the rise, or a passing trend?

Since Siri was first introduced to consumers in 2011, the steady deployment of this tech has grown to permeate virtually every aspect of modern life.

A 2018 PWC report first examined how and where these efficiency-bolstering platforms were being utilized by consumers. At the time, the study – entitled "Consumer Intelligence Series: Prepare for the voice revolution," – discovered that roughly three out of four surveyed consumers were utilizing voice assistants at home.

While usage amongst the 25-49 year old demographic proved high – 65% of users classified their interaction with voice assistants as "heavy" – meaning they communicate to voice assistants at least once a day – however the study noted deployment of this platform was focused almost exclusively in the privacy of their own homes.

The study participants were noted to be hesitant to harness the convenience of a VA in public, deeming it "weird" to speak to a device … designed for speaking into? However, that hesitation wouldn't last forever.

Fast forward almost half a decade, and virtual assistants remain the convenient solution for many of life's great mysteries. From sourcing discounted items at the grocery store to having a robotic "ear" recognize the song playing in the background of a television show, adoption of VA has only increased.

Digital GYD reports on the surging popularity of VA platforms in their article 70+ New Voice Search Statistics, Trends & Facts for 2022.

Among the more eye-raising statistics collected in the report:

Nearly 71% of users prefer conducting queries via voice as opposed to traditional typing methods.
Voice commercial sales rose from $1.8 billion U.S. in 2017 – a year before the PWC report was released – to a forecasted $40 billion by end-of-year 2022.
At 72%, the majority of voice-activated speaker owners say that they use their devices as part of their daily routines, representing an increase from the 7% increase from enthusiasts identified in the 2018 study.

An increasing reliance on digital technologies is reflected in the continued adoption of services like Siri and Amazon's Alexa, reflecting the upward mobility of mobile voice assistant platforms.

Perle is proud to partner with the hospitality industry innovators that are leveraging connectivity solutions to power innovation. To learn more about how Perle provides efficient, reliable connectivity via industrial switches and terminal servers, visit our case studies page.