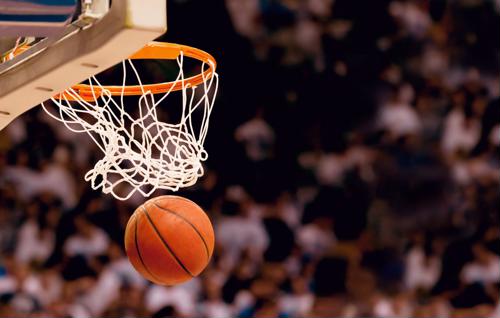 Every time Lebron James, star small forward for the Cleveland Cavaliers of the National Basketball Association, checks out of a game and takes a seat on the bench, a member of the support staff sprints over with a tablet computer, the Cleveland Plain Dealer reported. Why? The 31-year-old veteran and three-time NBA Finals champion likes to review live game footage to assess his performance in real time.

"Just seeing how defenses are playing me, playing us," he explained when questioned about his device use after a Dec. 11 game with the Charlotte Hornets. "Kind of watching and paying attention to the minutes I was in. We should be trying to find ways to continue to build our game. Bring technology into it. If guys want the ability to watch film during the game while they're out, they should do it."

At the moment, James is the only player in the league who monitors his play, in game, via web-enabled devices. However, as the Cavs star continues to find success with the practice, more pros will surely start reaching for tablets during player substitutions and timeouts. Of course, this outcome isn't surprising to NBA executives, many of whom have championed the adoption of mobile devices and other cutting-edge technologies.

NBA embraces new technology
Like most professional sports leagues, the NBA began testing the technological waters, so to speak, since the early the 2000s. In 2002, after the Sacramento Kings lost a playoff series to the Los Angeles Lakers due to a referee error, the league introduced multiangle replay equipment, according to Bleacher Report. It followed that up by equipping officials with wireless devices that start and stop the shot clock and expanding in-game replay review rules to improve call accuracy. However, the NBA started on a more advanced track back in 2013 when it installed SportVU, a wireless camera system that collects real-time statistics, in all 29 of its arenas, Newsweek reported.

SportVU utilized six cameras to track every player and the ball 25 times per second, resulting in more than 4 million data points per 48-minute game. The league ended its partnership with SportVU's parent company Stats in September and switched to Second Spectrum, another real-time data collection facilitator. Overall, the league's foray into Big Data has spurred a wider embrace of advanced analytics and the wireless technologies that collect them. Now, nearly every NBA team employs data analysis experts who comb through numbers looking for trends.

This approach has changed the game in many respects, according to The Atlantic. One only needs to look at the continued success of NBA phenomenon Stephen Curry to understand the transformation. The Golden State Warriors guard, once written off due to his diminutive physique, has found success in the league due to the increasing importance of the three-point shot. Data analysts, not coaches, many of whom still rely on instincts rather than data, catalyzed this change after sifting through statistics, on the hunt for ways to achieve maximum offensive efficiency.

For the last two seasons, Curry and his team have led the league in three-point shooting, making the Finals both times.

Despite grumbling from basketball purists, NBA Commissioner Adam Silver has encouraged such developments since taking office in 2014, The Boston Globe reported.

"Part of what is so powerful about big data is you collect it, and then it starts to tell stories. We're collecting all kinds of new statistical data, and we're democratizing it," he explained during a trip to Harvard University soon after accepting his post.

Coaches and players get the power
While expansive data collection tools and other web-enabled devices have made life easier for backroom data personnel, coaches and players have, for the most part, kept their distance from this new technology. This is due to league regulations governing the use of wireless devices during games. For years, the NBA banned coaches and players from viewing real-time video during games, essentially relegating them to the traditional tool of the trade: the dry-erase board. Though, they could view archived video and request data from the scorer's table.

In September, league officials finally lifted the ban, according to USA Today. This season teams can access hard-wired connections near the bench and gather video and data from arena cameras and sensors.

"This is a way more efficient way of doing this. Instead of having somebody run it out, it's available right there in almost real-time," Kiki VanDeWeghe, executive president of basketball operations for the NBA, explained in an interview with the newspaper. "It's just the next natural step. We have the technology to do it. Teams are excited about it. They make these type of suggestions. We announced it at the coaches' meeting. They were all in favor of it, and I think it will be great for our players."

Soon after the announcement, multiple teams picked up devices and distributed them to players for use during games. The Portland Trailblazers were one of the first squads to adopt wireless devices, The Oregonian reported. During games, team video personnel tape the action and cut together quick sequences that players can easily digest during timeouts, most of which come in 100-second and 20-second varieties.

"This season teams can access hard-wired connections near the bench and gather video and data."

"It's a positive," Trailblazers Head Coach Terry Stotts told the newspaper. "The fact that you can, at the next timeout, basically show a guy a play that either was good or wasn't good, (is great). The immediacy of being able to use that is the most important thing."

However, others aren't sold on the technology, according to ESPN. Boston Celtics Head Coach Brad Stevens doesn't allow his players to review real-time video on during games and believes players gain more insights watching the action unfold live, rather than reviewing plays that happened earlier. Tyronn Lue, coach for the Cleveland Cavaliers, holds a similar view but doesn't impose it on his players, especially James, who is known for his laser-sharp focus. Executives for the team say they will distribute more devices should Lue and his staff want similar real-time viewing capabilities. Until then, the 12-time NBA All-Star will be the lone tablet-user on the team and one of the few in the entire league. But, with the NBA's continuing efforts to modernize professional sports, James won't be alone for long.

Perle has partnered with franchises in multiple leagues to bolster the essential digital architecture responsible for supporting devices used by coaches, players and fans. Our Ethernet to serial converters and terminal servers can be found in arenas and stadiums across the country. Contact us today for more information on our work in the professional sports sector.