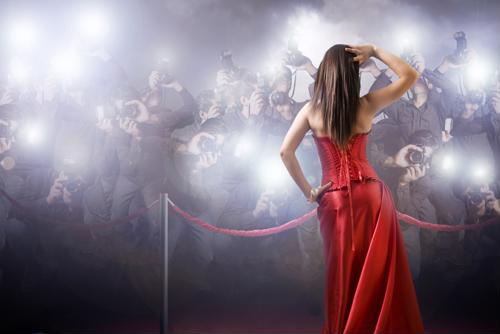 Millions of Americans tune in every year to watch the Oscars. In 2016, more than 34 million took in the ceremony, according to Variety. Comparable viewership numbers are expected Sunday Feb. 26, when the 89th Academy Awards air on ABC. Film buffs and tabloid readers will surely appreciate the spectacle, as silver screen starts and behind-the-camera creatives vie for key awards like Best Actor and Best Director.

Broadcast personnel will, of course, capture all of the drama as it unfolds, racing about the Kodak Theatre in Los Angeles to report on A-list attendees. Camera crews first captured the event live March 19, 1953, according to The Hollywood Reporter. Comedian Bob Hope oversaw the proceedings, which clocked in at 110 minutes. In the decades since, television viewers have had the opportunity to watch from home. However, the broadcasting teams of today bear little resemblance to the ones who covered the show more than 60 years ago. Most use advanced photographic techniques and equally sophisticated equipment to beam the proceedings to millions.

Cameras steal the show
In addition to the hulking broadcast cameras most associate with live television, crews also employ a variety of web-based alternatives, Wired reported. In recent years, ABC has employed a fleet of web cams rigged to capture ancillary Oscars activities, such as the trophy engraving process and the Governors Ball, the regal dinner party that follows the televised ceremony. Of course, the live streams from these extra rigs are only available to web watchers for an additional fee.

Streamers can also follow the action via various 360-degree cameras positioned around the venue. Those at home can immerse themselves in the environment and watch as their favorite stars walk by on the red carpet. ABC has even updated its traditional broadcasting rigs, deploying automated models that cover the Oscars without human help.

"Broadcasters such as ABC use advanced photographic techniques and equally sophisticated equipment to beam the Oscars to millions."

However, for every optical success, there is an unmitigated failure. Take the mani cam for instance. E! famously debuted this device, designed to capture the manicured hands of female attendees, back at the 2014 ceremony, The Washington Post reported. Stars and viewers alike shunned the setup, which included a diaroma of the red carpet that guests could use to strut their cuticles. The network never used the camera again.

This year, you can expect ABC and other broadcasters to roll out new techniques designed to bring audiences closer to their favorite film stars. As these new methods mature, Perle will be there, providing practitioners with the connective infrastructure they need to share key events with the world. Our Ethernet extenders, fiber converters and device servers support broadcasting operations for industry leaders like BBC, CBS and Comcast. Contact us today to learn more about our work in the live television and entertainment sectors.