When worlds collide: The inevitable meeting of the data center and IoT 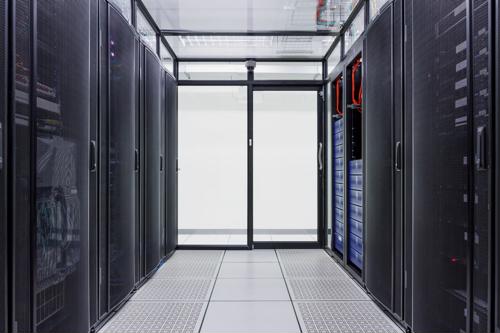 Tech experts have discussed the key benefits of the Internet of Things, including the ability to interconnect untold numbers of devices, since the early 2000's, according to Forbes. Few likely anticipated that the technology would explode so quickly, or understand that the widespread adoption of the Internet of Things would turn into an endless chain of new challenges for data center managers and their IT staff. In fact, many decision makers at tech companies would rather put IoT on the backburner than devise a real strategy for integrating employee technology into office operations.

Much like a cloned dinosaur living in captivity at a theme park, modern IoT adoption has become increasingly unpredictable and difficult to manage. Attempts to contain the problem fall short precisely because those in charge have not taken the time to understand the issue in the first place. A haphazard, disorganized approach to meeting data center environments with the Internet of Things will leave team members asking themselves, "What's the magic word?!" Thankfully, there are a few ways to stop IoT integration from evolving into a cataclysmic event.

"There are ways to stop IoT integration from evolving into a cataclysmic event."

Recognize market forces pointing toward a tidal wave of IoT
The first step toward handling IoT adoption the right way is to get the entire company on the same page when it comes to the Internet of Things. If your CIO is convinced that device interconnection and bring-your-own-device policies are a fad, then trying to convince them to make long-term investments in preparing the data center for IoT could lead to your untimely extinction.

There is plenty of data that suggests that the Internet of Things and the data center will be enjoying a mutually beneficial and longstanding relationship. According to TechTarget, data from Gartner predicts that over 26 billion IoT-connected devices will be online by 2020 - there's a good chance that items in your facility's data center will be added to that list. IT decision makers should also be aware of market research performed by analyst firm International Data Corporation. The numbers anticipated $1.7 trillion in revenues for the IoT business in 2020, triple that of sales records from 2014, said Datamation.

Show decision makers this data and stress how a few strategic investments could protect your business from falling behind the curve and the endless amounts of subsequent compatibility problems for the next few years. After all, getting stuck in technology's tar pits always has serious consequences for data centers.

Prepare for widespread IoT adoption driving even more data center growth
With the rise of Internet of Things comes the need for more storage capacity to sort and analyze the data collected by IoT devices. While meeting this growing need for capacity may seem like and daunting endeavor, the rise and success of high-performance analytics demonstrates a well known rule of thumb in the industry: Data finds a way.

A report from computer manufacturer Dell pointed out that this need will be met by different sized data centers, delegating the roles traditionally played by one big data-oriented facility into smaller centers that focus exclusively on storage or analysis. Even companies with a single data center may begin to consider the long-term advantages of investing in colocation or a second data center space, especially as the volume of data that your staff contends with on a daily basis continues to skyrocket.

Update IoT readiness so your data center won't be stuck in the ancient past.

Anticipate IPv6-readiness becoming the next big necessity
One consequence of widespread IoT adoption that IT teams must also consider is the rapid exhaustion of IPv4 addresses. Every piece of equipment added to a company's network also gets its own IPv4 designation, and the eruption of IoT in the past few years has finally pushed the current protocol passed its breaking point. IPv6-compatible gear will be necessary as early as later this year.

Regardless, ZDNet pointed out that many teams continue to drag their feet when it comes to updating equipment. These same companies would easily improve their network's versatility and prepare for the IPv6 switch with simple investments like serial to Ethernet converters, but there's a good chance they will neglect the problem until it grows into a full-sized problem.