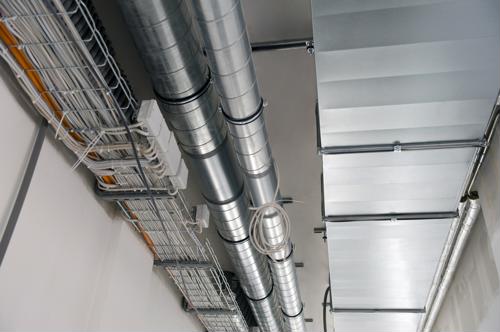 As mobile devices and streamlined computing interfaces gain popularity, many apps and services are designed to give end users the simplest experience possible. Tucking customization options and advanced user settings into the background frees the interface for more critical content and lets users focus on the core experience without getting caught up in what's under the hood. A similar phenomenon is in place on the hardware end of the computing world, as increased use of devices that connect to the internet wirelessly simplifies the end-user experience. This move toward wireless networks - either mobile or Wi-Fi - does not invalidate cables.

The rise of wireless
Eliminating the cabling overhead that consumers and businesses face as they deploy new devices and computing configurations is exciting. It unlocks considerable flexibility in office design and layout, but it is only possible because Wi-Fi speeds have increased to a degree that they can keep up modern computing demands. With the IEEE 802.11ac standard for 1 Gbps Wi-Fi in place, consumers and businesses alike can get by with a seemingly simple, cable-free network setup.

"Innovation in the wireless space is adding up to change the networking game."

All of this innovation in the wireless space is adding up to change the networking game. For a long time, the consensus was that wired networks will always outperform wireless and should be used at every opportunity. This has changed.

A wired network with the same core attributes as a wireless network will still always perform better, but high-quality wireless connectivity has risen to such a degree that Wi-Fi and mobile networks are a valid option for the vast majority of computing tasks. Performance differences are receding into the background, and while wired networks will still offer better performance, they aren't necessary in nearly as many situations.

While all of this momentum for wireless networking is exciting, it hasn't invalidated cabling and associated hardware solutions such as media converters that keep networks running. Instead, the backhaul and infrastructure systems that underpin network have become more important than ever. Here are three examples of areas where wired connectivity still plays a pivotal role in supporting end-user demands:

1. Backhaul
Sure, an advanced Wi-Fi network can support a few users streaming video, accessing apps and playing games online all at the same time. But what about 10 households with multiple users partaking in those activities? Wireless networks fall flat under that kind of pressure, making fiber-to-the-premises critical. FTTx brings robust backhaul to individual homes and commercial sites, providing high-performance bandwidth aggregation between the internet service provider network and end users.

Essentially, an FTTx setup provides backhaul for the wireless infrastructure that so many users depend on. This isn't just for home and business internet services either, as the functionality can also extend out to radio signal towers and telecom base stations that support mobile connectivity. FTTx infrastructure is critical in establishing the wireless-focused end-user experience. ISPs that want to roll out FTTx infrastructure as efficiently as possible can benefit from fiber-to-Ethernet media converters and similar tools that simplify interoperability between different infrastructure components within large-scale networks.

Wireless networks may be on the rise, but cabling is still relevant.

2. Getting to hard-to-reach places
In the past, organizations would make cable runs throughout facilities and homes would be equipped with cabling outlets in a variety of different rooms. If needed, Wi-Fi would be deployed to reach locations that were difficult to get to with cabling. Now that Wi-Fi has become so pervasive, this model has been flipped on its head. Many organizations and homeowners want to have Wi-Fi access everywhere, but everything from brick walls to some appliances and electronic devices can cause signal disruption. The result is a need to roll out cabling in strategic locations to either provide a direct connection or serve as backhaul for a new wireless access point.

For example, many hospitals strive for 100 percent Wi-Fi penetration, but run into problems in elevators. In many cases, it is actually easier to run a cable along the elevator line and establish an access point in the car than it is to try and get a signal into the elevator from an external Wi-Fi source. Similarly, many warehouse retailers need to interconnect different parts of large stores, and shelving and similar components disrupt Wi-Fi signal penetration. Running a fiber-optic link between disparate parts of the facility can support strategic access point deployment to ensure complete connectivity.

Getting Wi-Fi signals to hard-to-reach places hinges on establishing dedicated access points in those areas, something that is made possible through strategic cable runs.

3. Supporting specialized workflows
Wi-Fi and mobile networks have improved substantially over the past few years, but they still aren't up to every task. Many industrial processes, high-performance computing tasks and other performance-sensitive operations require the stability wired connections offer. In some cases, bandwidth and data determinism challenges making wired connections necessary. In others, it may be specific environmental considerations that make wireless options less-than-ideal. Either way, there are still plenty of specialized workflows out there that need effective cabling in place.

Wi-Fi and mobile connectivity options may seem to be everywhere, but organizations developing their network strategies must keep the role of cabling in mind. Wired connections play a critical role in supporting wireless solutions in a variety of ways.

Perle has an extensive range of Managed and Unmanaged Fiber Media Converters to extend copper-based Ethernet equipment over a fiber optic link, multimode to multimode and multimode to single mode fiber up to 160km.